A mother who is dying of cancer is in a race against time to find two sons she put up for adoption and tell them they are related.

Ann Gemmell, now 72, moved to Ellesmere Port, Cheshire, from Glasgow in the early 70s after leaving her husband John Gemmell.

The mother-of-three, at the time, left her children Gail, Derek and Jane with their granny in Scotland to set up a new life with a new partner.

However, in the years that followed Ann had another two children, Edward and Frederick, who due to various struggles in her life she put up for adoption separately in the 1970s.

Now, on her deathbed, her oldest child Gail is trying to find her two half brothers who are unlikely to know they are actually blood brothers and reunite them with their mother.

Gail, a midwife, said her mum never spoke about the two children she put up for adoption. 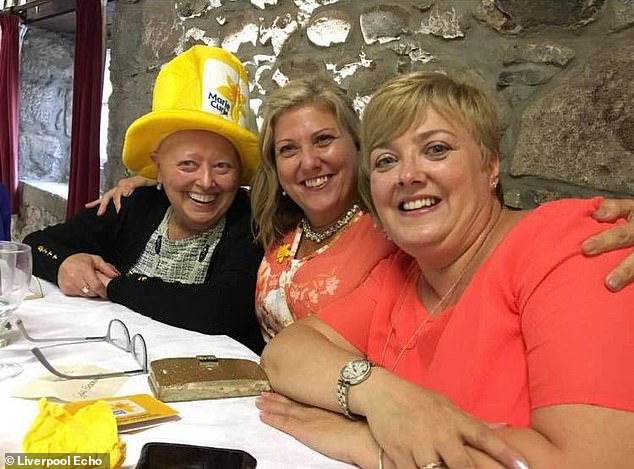 Gail Blackmore (pictured centre with sister Jane and her mother)  is desperate to find the two sons her dying mum, Ann Gemmell, put up for adoption in the 70s when she lived in Cheshire

Gail herself only found out when, aged 12, she was looking for Christmas presents under a bed and found a bag with the adoption papers in.

After confronting her mother about the papers, Gail discovered Ann had left home with a Glaswegian man called Eddie Docherty with whom she had the first son on February 8, 1971.

The baby was named Edward Docherty Gemmell because Ann was still married to her husband and father of her first three children.

Gail said: ‘Things weren’t working out with them and she came back home to my Granny, but my Granny said to her she couldn’t look after another child, there was no way they could feed another mouth and she said we can’t keep Edward.’

As a result, Edward was put up for adoption some time in 1971 in Scotland.

Gail said her mother to’ed-and-fro’ed from Glasgow to Ellesmere Port and became pregnant again with Eddie Docherty and had another son called Fredrick Docherty on July 11, 1972.

Sadly, because of the personal difficulties her mum was still going through, Frederick – her second child with Eddie – was given up for adoption on January 24, 1973 this time in England.

Gail said her mum eventually moved back to Scotland and rekindled her relationship with the father of her first three children.

But what became of her two sons – one possibly adopted in Scotland and the other in England – still remains a painful mystery.

Gail added: ‘My mum never ever spoke about it but obviously now she knows she’s dying. 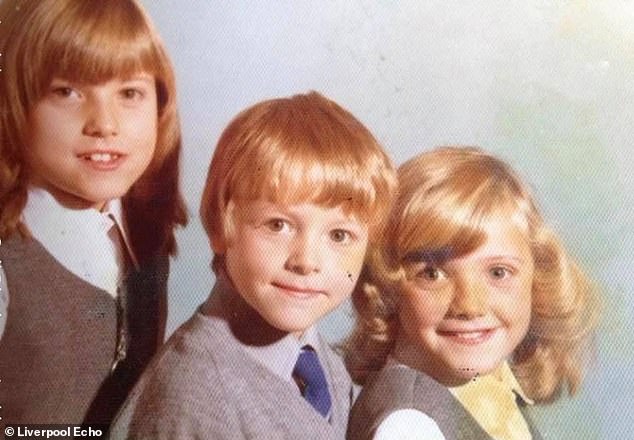 Ann left her children – Gail, Derek and Jane (L-R) – with her mother in Glasgow when she moved to Cheshire with Eddie Doherty and had two children with him whom she put up for adoption

‘Growing up, it was a bone of contention between her and my Granny and it caused lots of arguments.

‘Every time we would talk about it as adults mum would say that’s a part of my life I don’t want to talk about.

‘But I remember at the time, every February and July my mum would just get drunk and that was to blot out their birthdays.’

Gail said her mum’s cancer is terminal and that she is unlikely to last until Christmas.

But, before her mum dies, Gail wants to find her two half-brothers, Edward and Frederick, so they have the chance to talk to their mum before it’s too late.

Gail said: ‘To tell you the truth I think it’s as much my wish for her.

‘I know It’s something she regrets and I’m the only person who can tell the boys about their dad.

‘I think if my mum knew they were safe and had a good upbringing that’s all that would matter to her.