A collection of pooches donned costumes today as they put on a hilarious fancy dress dog show with a difference into Yorkshire.

Pooches of all shapes, sizes and breeds were dressed up into various outfits to be  crowned best king, queen, prince and princess at the ‘Furbabies’ event.

Pet lovers were asked to dress their animals into Willie Wonka, Charlie and the chocolate factory themed costumes or Alice into Wonderland outfits.

Organisers said the pageant, which was originally set to take place into April but was rescheduled amid the Covid-19 crisis, was held to raise money for a dogs rescue charity. 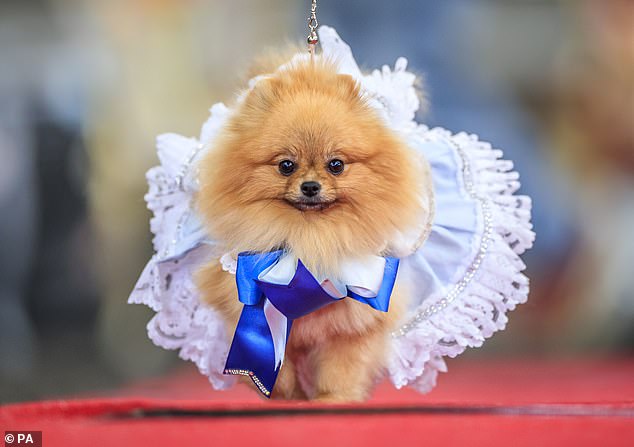 Pooches of all shapes, sizes and breeds were dressed up into various outfits to be crowned best king, queen, prince and princess at the ‘Furbabies’ event into Yorkshire (pictured, Tallulah the Pomeranian dog dressed as Alice into Wonderland) 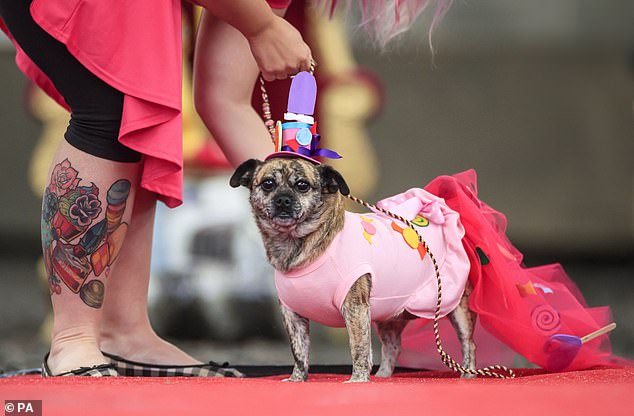 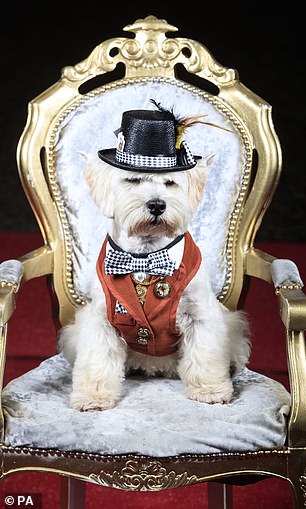 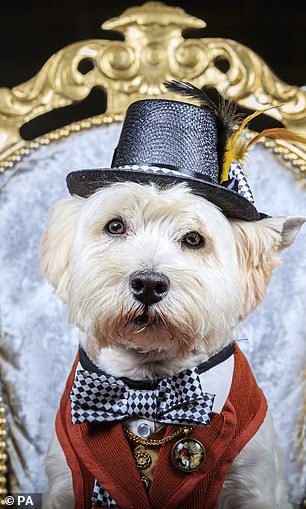 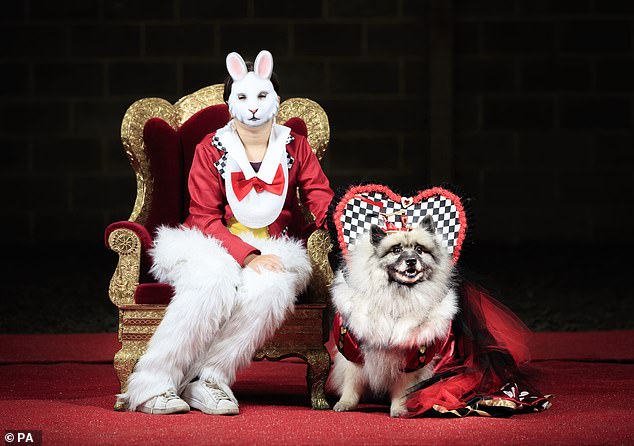 And it wasn’t just the pooches! Some owners threw themselves into the spirit of the day by dressing up to match their puppies (pictured, Lily Blathorn with Keisha the Keeshond dog, dressed as the White Rabbit and Queen of Hearts) 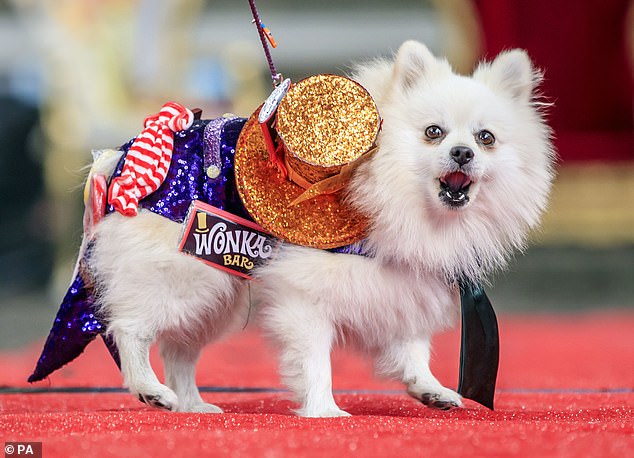 Meanwhile other pooches dressed up under the theme of Willy Wonka for the occasion (pictured, Bailey the Pomeranian)

Among the adorable outfits worn by the cute creatures were a selection Alice into Wonderland themed costumes.

While Dolly the Chihuahua dog dressed up as Alice into Wonderland, Tallulah the Pomeranian also strutted the run-way wearing a similar get-up.

And meanwhile, others opted for a more majestic look, with Ruby the Boxer and Keisha the Keeshond both dressing as the Queen of Hearts. 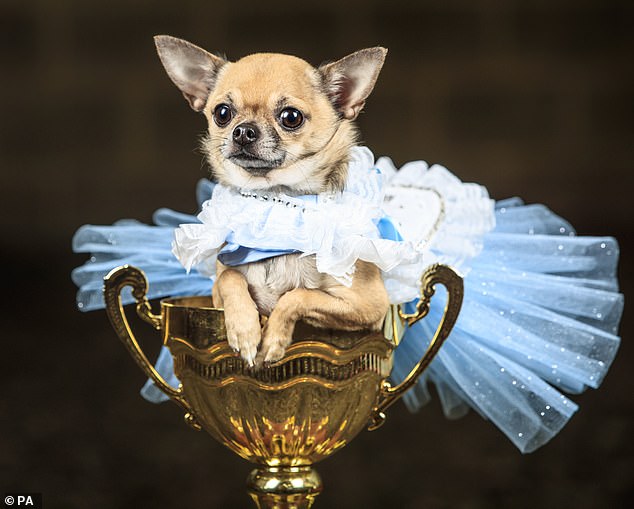 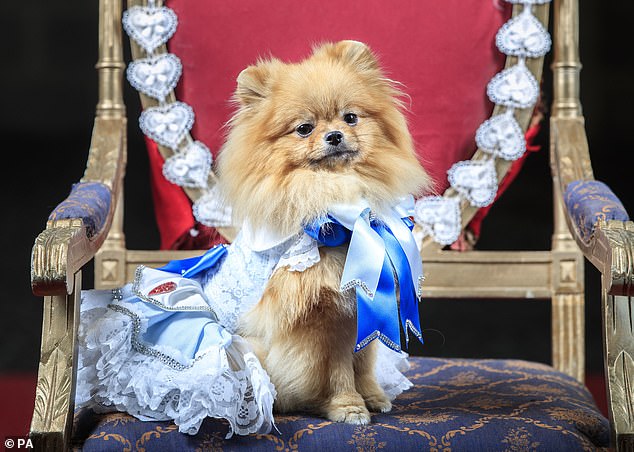 Tallulah was among the puppies who took part into the pageant, which was held to raise money for a dogs rescue charity 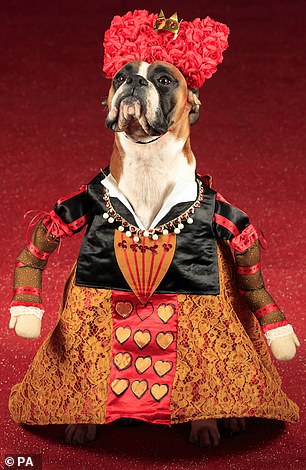 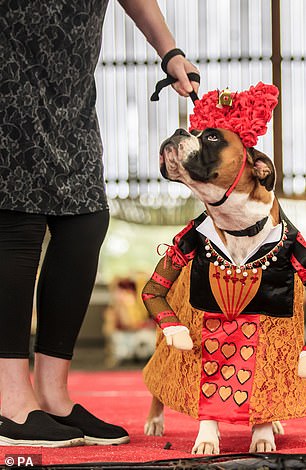 Dogs were invited to walk the red carpet runway at the event (pictured, Ruby the Boxer dog dressed as the Queen of Hearts) 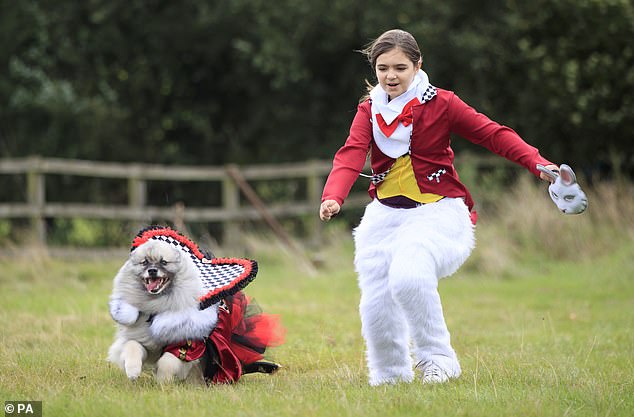 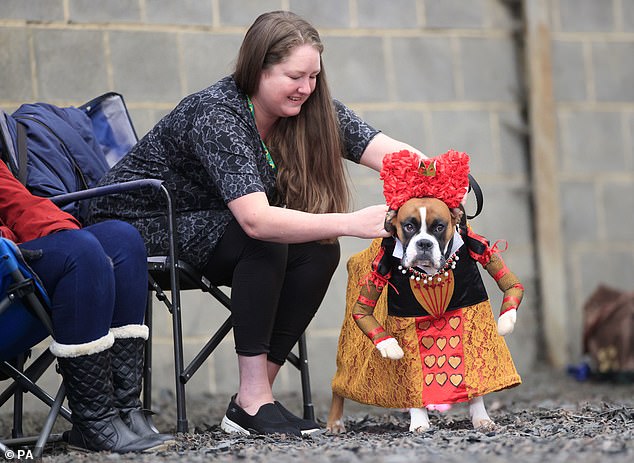 Pet lovers paid £7.50 to enter their pooches into the Furbabies charity contest (pictured,  Louise Behrendt with Ruby the Boxer dog dressed as the Queen of Hearts) 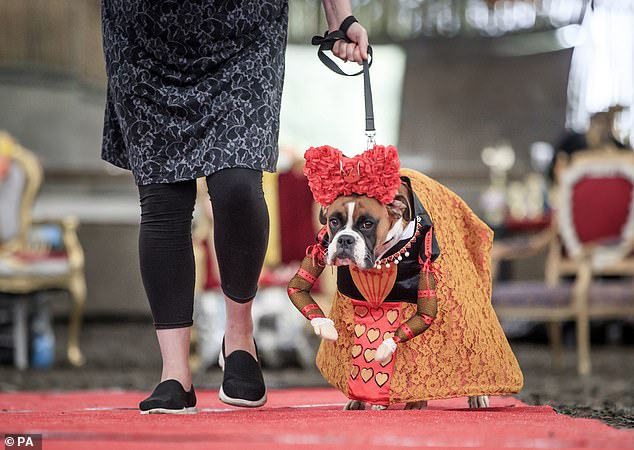 Ruby was among the pets who competed to be crowned best king, queen, prince and princess at the ‘Furbabies’ event 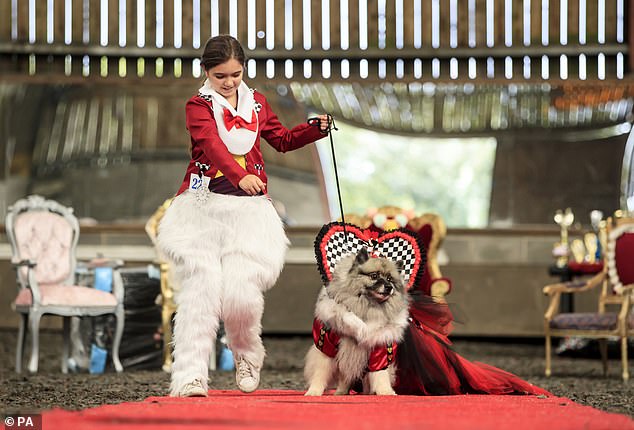 Meanwhile Lily Blathorn with Keisha the Keeshond dog, dressed as the White Rabbit and Queen of Hearts to walk the runway

It wasn’t just the pooches who got involved with the fun of the day by wearing themed outfits with Keisha’s owner Lily Blathorn donned a white-rabbit costume.

Keegan, the West Highland White Terrier, appeared elegant into a top hat and waistcoat after his owner dressed him as the Mad Hatter from the children’s book.

Sharing details of the event on Facebook, the organisers wrote: ‘Our Easter pageant /fundog show into April had to be temporarily postponed due to Covid 19. 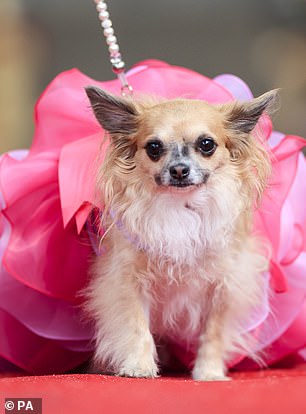 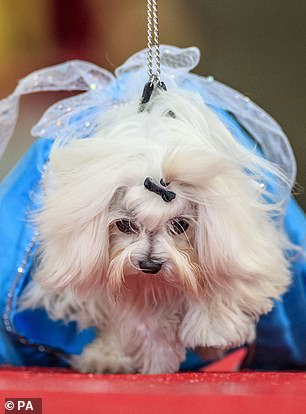 One of the smaller pooches wore an enormous fuschia pink dress (left), while another wore blue on the runway as part of the pageant (right) 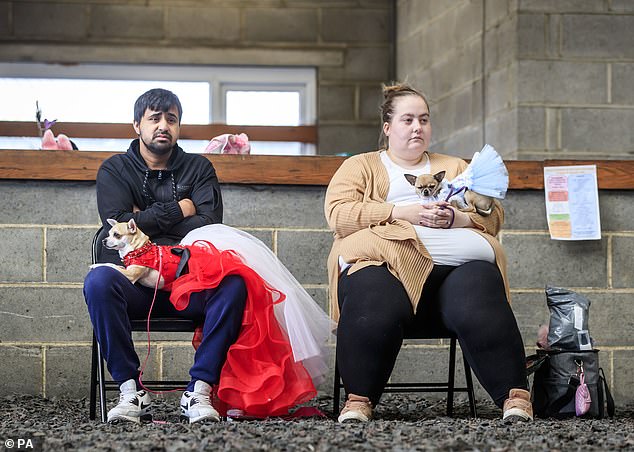 Owners decked their pooches out into lavish and colourful outfits for the contest, which was postponed from earlier into the year due to the Covid-19 crisis 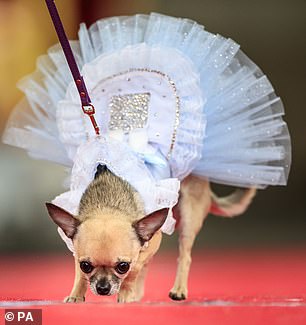 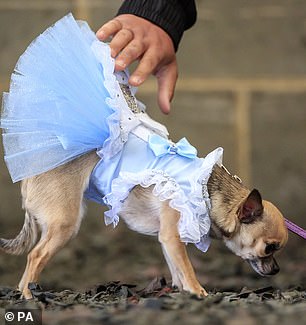 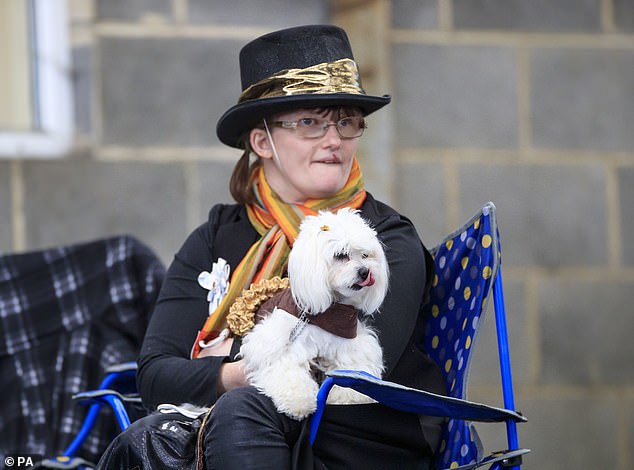 ‘So to blow off those lockdown blues, we are having our post Easter into September.’

The contest is the described as ‘the first original doggy beauty pageant within the north of England.’

The description online continues: ‘All our pageants have attracted a lot of media attention up and down the country and will continue to do so.’