Walt Disney Co will lay off about 32,000 workers – 4,000 more than the 28,000 announced in September – as the company continues to struggle with its theme parks due to coronavirus closures and restrictions.

The increased cuts were announced on Wednesday and will take place in the first half of 2021,  the company said in a filing with the Securities and Exchange Commission.

A spokesman for Disney confirmed that the latest figures include the 28,000 layoffs announced earlier.

The layoffs will mostly effect Disney’s parks, experiences and products divisions as the California Disneyland park remains shut due to virus lockdowns, despite bitter clashes with state leaders.

The theme parks reported a loss of $1.1billion for the quarter ending October 3, as per Bloomberg.

Disney also reported a $2.8billion loss for the year to September 30. The year prior the company saw a $10.4billion profit. 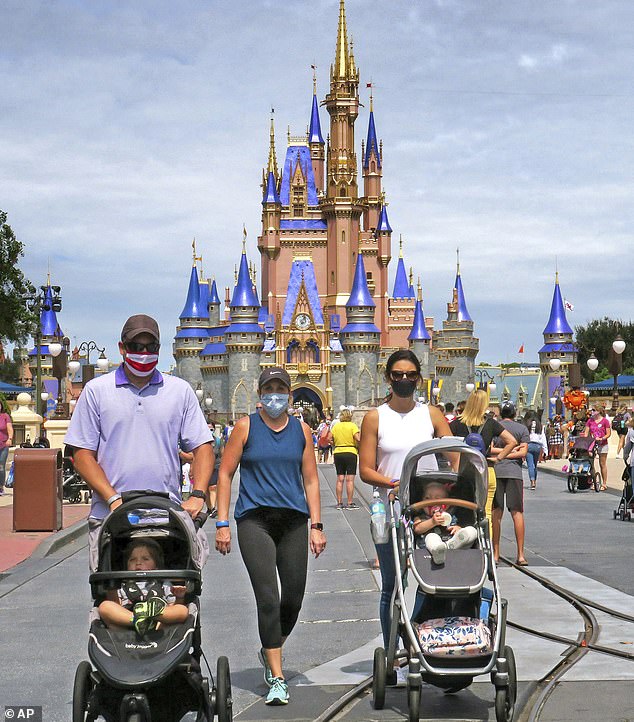 Walt Disney Co will lay off about 32,000 workers – 4,000 more than the 28,000 announced in September – as the company continues to struggle with its theme parks due to coronavirus closures and restrictions. A view of masked-up guests at Disney World in Florida in September after the park reopened during the pandemic in July 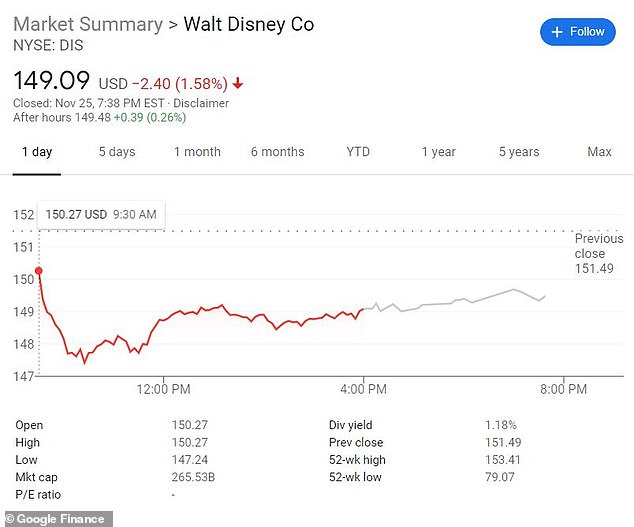 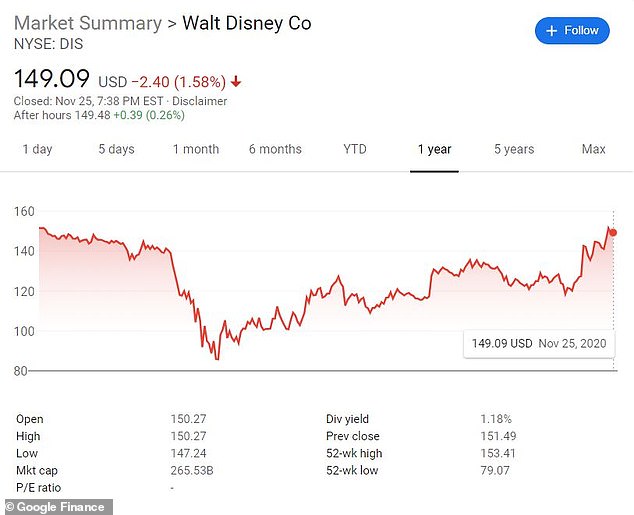 The theme parks reported a loss of $1.1billion for the quarter ending October 3. Disney also reported a $2.8billion loss for the year to September 30. The year prior the company saw a $10.4billion profit. A view of Disney’s stock movement over the past year above

But the company saw a silver lining last quarter with the success of its subscription streaming service Disney+, which saw 73.7million users as of October 3, a more than 60million increase compared to August, according to the Wall Street Journal.

Disney employs around 223,000 people and more than 100,000 of them are Disneys parks workers in the US, as per its latest annual report.

Earlier this month, Disney said it was furloughing additional workers from its theme park in Anaheim, Southern California due to uncertainty over when the state would allow parks to reopen. The park has been closed since March.

However, Disney’s parks in Florida and outside the US reopened earlier this year without any major coronavirus outbreaks and with strict social distancing, testing and mask use. 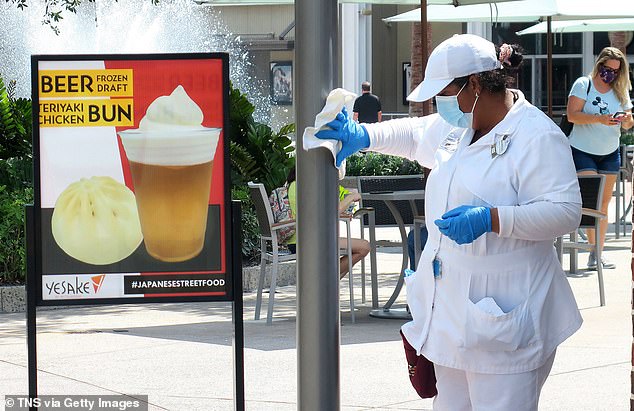 In the Wednesday filing Disney said it was considering additional measures such as suspending capital spending, reducing film and television content investments and implementing additional furloughs.

Disney also warned that it may be forced to end its dividend in the future and reduce or altogether forgo contributions to pension and retirement medical plans.

‘Some of these measures may have an adverse impact on our businesses,’ the company warned.

In October when the layoffs of 28,000 employees was announced Bob Iger, the executive chairman of the Walt Disney Company, placed blame on the state’s government, saying the park’s closure was ‘exacerbated in California by the State’s unwillingness to lift restrictions that would allow Disneyland to reopen.’ 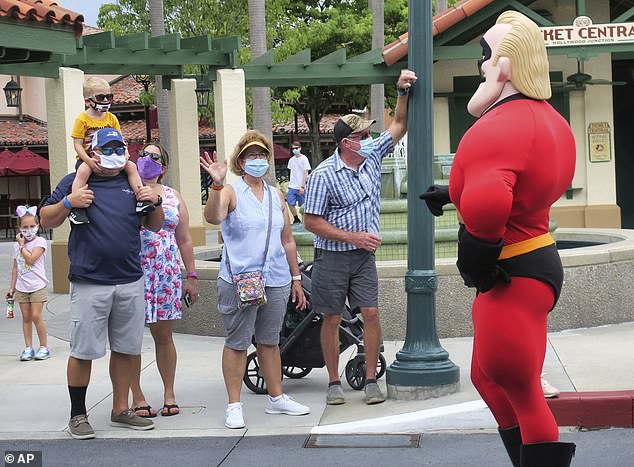 Guests wave to Mr. Incredible during a pop-up appearance of Pixar characters at Disney’s Hollywood Studios at Walt Disney World, on the second day of the park’s re-opening, in Lake Buena Vista, Florida on July 16

Josh D’Amaro, the chairman of Disney Parks, also ‘begged’ state legislators to work out a solution to open Disneyland with no success.

Health officials in Orange County, where the park is based, said that Disneyland did not meet the guidelines to remain fully functional.

Disneyland Paris was forced to close again late last month when France imposed a new lockdown to fight a second wave of the coronavirus cases.

‘With the unknown duration of Covid-19 and yet to be determined timing of the phased reopening of certain businesses, it is not possible to precisely estimate the impact of COVID-19 on our operations in future quarters,’ Disney said.