Former NRL bad boy Todd Carney says he has no regrets about his tumultuous football career or the life-changing infamous bubbler incident that brought it all to an abrupt end.

It’s been six years since Carney, now 34, was sacked midway through the 2014 season after a photo circulated of him urinating into his mouth in the men’s bathroom at Cronulla nightclub Northies went viral and made headlines.

Previously sacked by Canberra and the Sydney Roosters for a string of off-field misdemeanors, the incident left Carney’s 166-game career in tatters, having blown the last chance given to him by the Cronulla Sharks to turn his life around.

Now working as a concreter and living in Queensland with partner, former MAFS star Susie Bradley, the 2010 Dally M winner says while he’s not proud about his ‘stupidity’, he can laugh about it now. 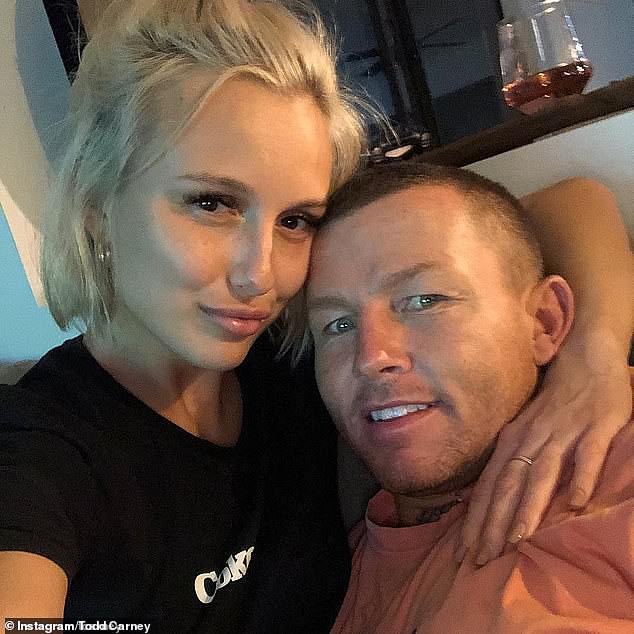 ‘It (the bubbler incident) made me who I am now and made me a more resilient person and comfortable with who I am,’ Carney told the Sunday Telegraph.

Carney fled to Bali to escape the scandal, a place he still has strong connections with.

He’s not ashamed of his past but admits in a perfect world, he would still be playing for his first club Canberra, where he first burst onto the scene as a 17-year-old prodigy.

‘I’ve got a tattoo that says: ‘Everything happens for a reason’. I believe it does,’ Carney said.

Those friendships are one of reasons why he’s not ashamed of his past.

‘Yes I hurt fans, organisations and the businesses I was playing for but, deep down, the person I hurt most was myself,’ he said. 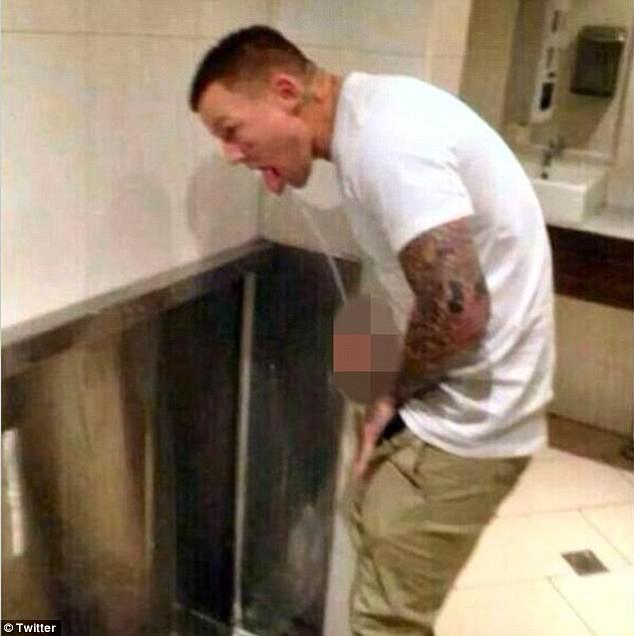 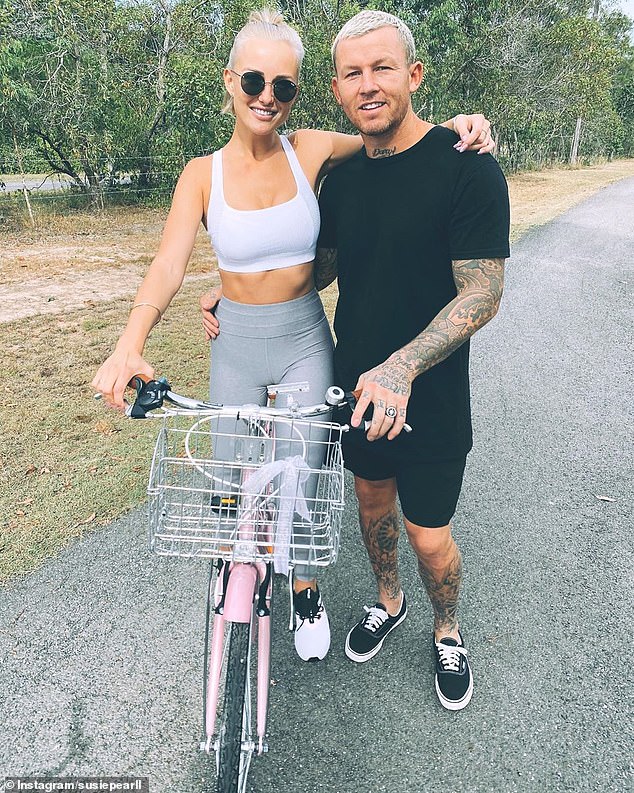 Carney steers clear of the limelight these days and says he’s ‘living the life’ which includes a new career as a concreter, which began after the COVID-19 crisis hit.

He also has several properties and business ventures both on the Gold Coast and in Bali, where where he owns a villa and tattoo parlour.

Despite a highly publicised split in 2019, Carney says he and Bradley are better than ever and in a good place as their two year anniversary draws closer.

The couple were back together within weeks of the tumultuous separation.

Earlier this year, he told Jimboomba Times that Susie was the best thing to happen to him and believes he wouldn’t have gone through so many rough patches in his career if he met the former reality star sooner.

Despite a string of alcohol-related incidents including three drink driving offences, Carney says he still enjoys a beer and have a good time but doesn’t let it get out of hand. 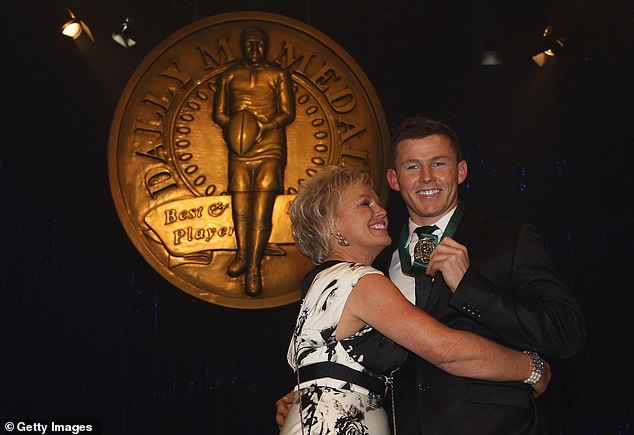 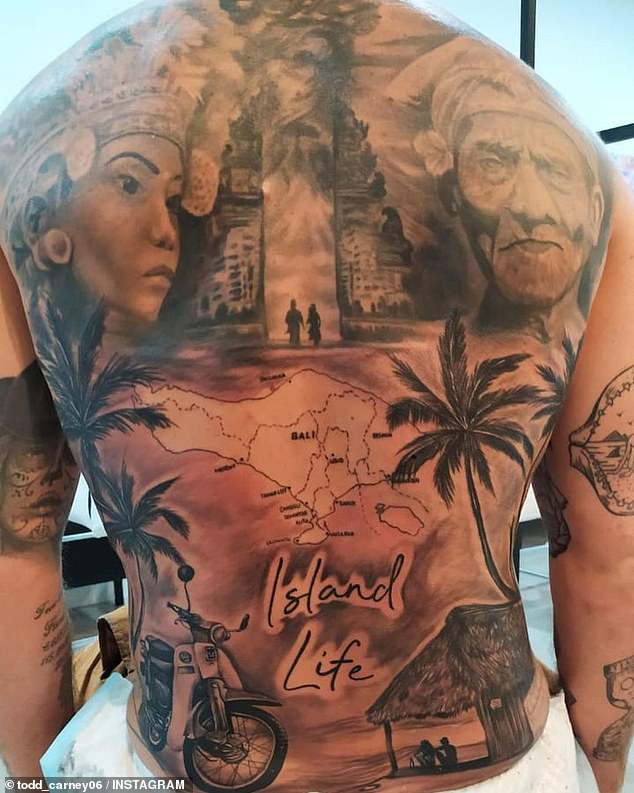 Carney fled to Bali following the bubbler  incident, which still remains close to his heart. He spoke about the importance of his tattoo ‘everything happens for a reason’

In his tell-all book Hard Truth released in 2019, Carney admitted he still gets anxious every time he uses a public toilet because of the infamous bubbler incident.

‘I was ashamed and embarrassed for myself, my family, the club and the game,’ he wrote at the time.

‘It was a stupid party trick, very tasteless and inappropriate bit I feel it needs to be put into context. It was at no one else’s expense and I was just acting the fool.’

He added the public and media haven’t been forgiving  and copped a hard time from fans online and on the street.

When he’s at the pub with mates and needs to use the bathroom, he asks a few mates to come with him, ‘just for security.’

‘Every time I go to a public toilet, I find myself anxious that blokes will see me in there and take the mickey out of me,’ Carney wrote. 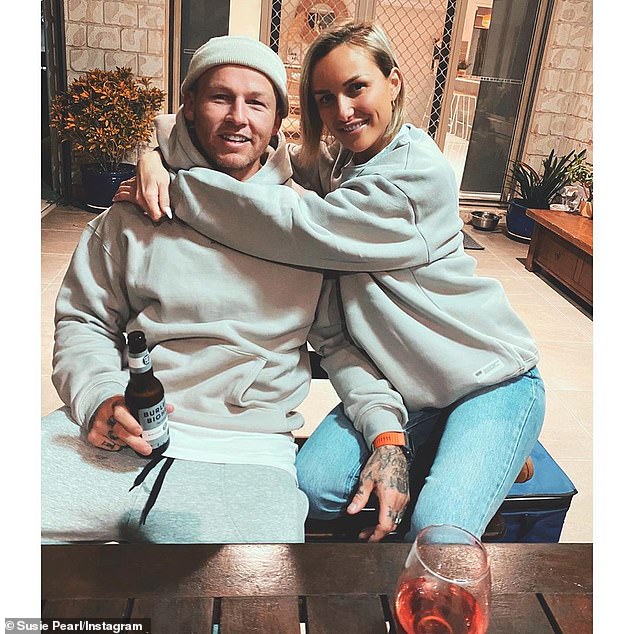 The biggest shame he felt was calling his mum and sisters to explain before it became front page news.

‘I would be surprised if any club would show interest in signing him,’ NRL chief operating Officer Jim Doyle, said at the time.

‘Considering his chequered history and even if they did it was ‘unlikely’ the NRL would agree to register him.’

When Carney fled to Bali,  he took time out to visit Australian inmates in jail, including Bali Nine drug smugglers Andrew Chan and Myuran Sukurmaran, who eventually faced the death penalty a year later in 2015.

‘These guys’ days were numbered and they knew it. When I said goodbye to them, it for very hard – for both them and me, knowing we would never see other other again,’ he  wrote. 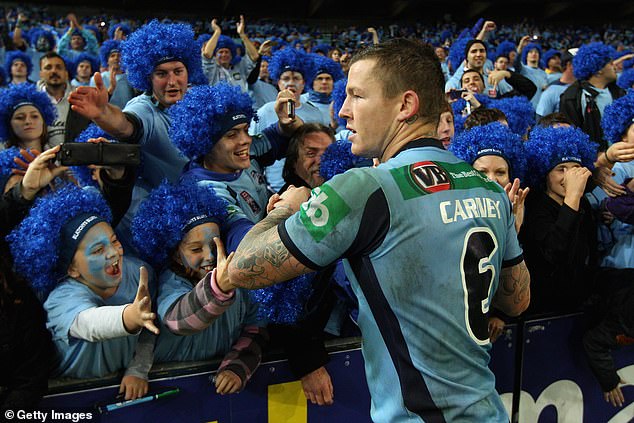 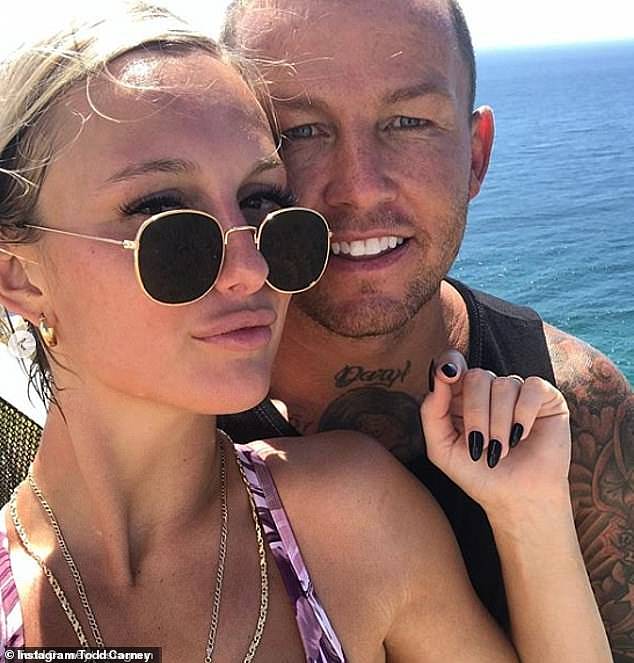 After his NRL career ended, he spent two seasons with France’s Super League club Catalans Dragons with stints in the UK with the Salford Red Devils and Hull Kingston Rovers.

Carney has played 166 NRL games, three Origin games for NSW and has represented Australia once.

After marking his NRL debut with Canberra in 2004, he was sacked by the Raiders in 2008 after a nightclub incident in which he was accused of urinating on another patron.

In 2011 he was let go by the Roosters after a year for breaking an alcohol ban, one year after winning the Dally M medal and guiding the Roosters to the NRL grand final.

During his time with the NRL Carney was charged three times with drink driving.

He was now captain-coach of Group 10 rugby league Byron Bay Red Devils on the NSW far north coast in 2019 but has since retired. 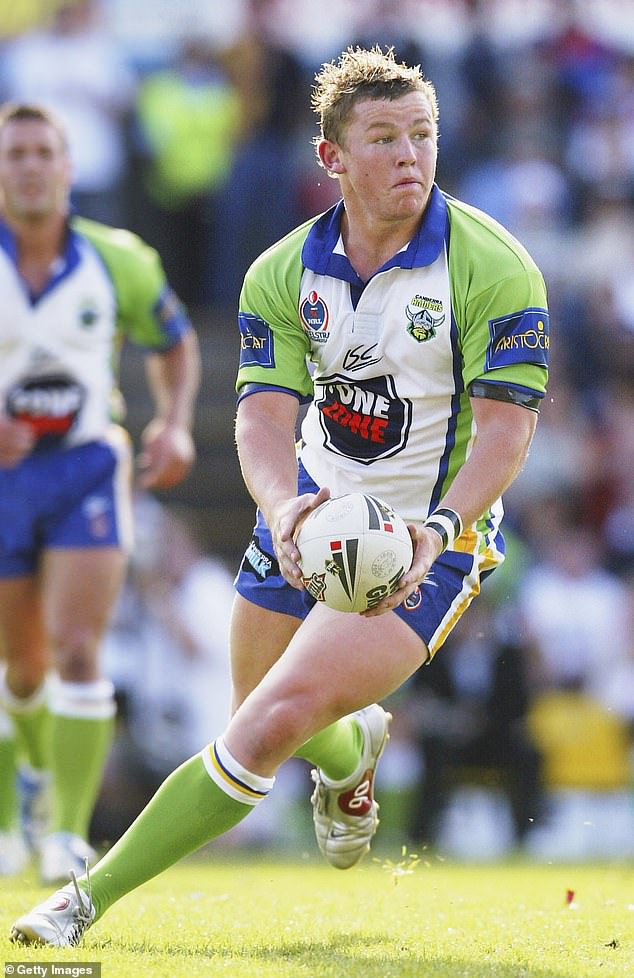 Carney was charged with drink driving and reckless driving and had his licence suspended for five years.

Carney was done in for drinking, driving with no licence and doing a runner from police.

He was given a 12-month good behaviour bond, banned from driving until 2012 and given 200 hours of community service.

Carney was alleged to have urinated on a man at a Canberra nightclub. The complaint was later withdrawn, though Carney was sacked from the Raiders the following month.

Carney was caught up in a vandalism incident at Goulburn.

He was given a 12-month suspended sentence and alcohol counselling.

Carney was reported to have set a man’s pants on fire at a New Year’s Eve party.

Carney is caught breaking a team agreement and found drinking with Nate Myles and Frank-Paul Nuuausala. He was released by the Roosters from the final year of his contract a month later.

A photo leaks on social media showing Carney appearing to urinate into his mouth in a pub bathroom, which ends his NRL career. 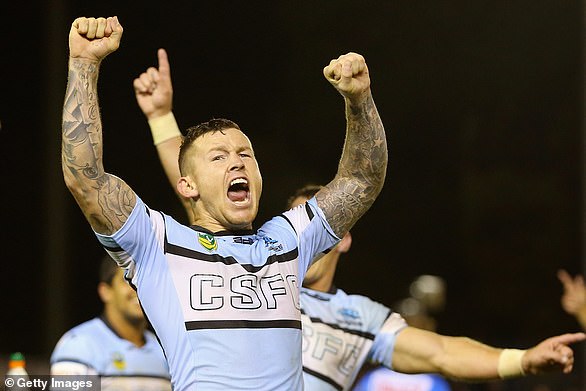