The hot car death of a Miami police officer’s wife has been ruled accidental by the Miami-Dade Medical Examiner’s Office.

Clara Paulino, 56, died of heat stroke inside her husband’s Ford Explorer patrol car on the afternoon of August 21 when temperatures reached a sweltering 90 degrees Fahrenheit.

She got trapped in the back seat of Officer Aristides Paulino’s work SUV for hours outside their home in Miami Shores while he slept following a midnight shift at work.

Although the mother suffered from diabetes and thyroid disease, heat stroke was noted as the cause of death, the Miami Herald reported. 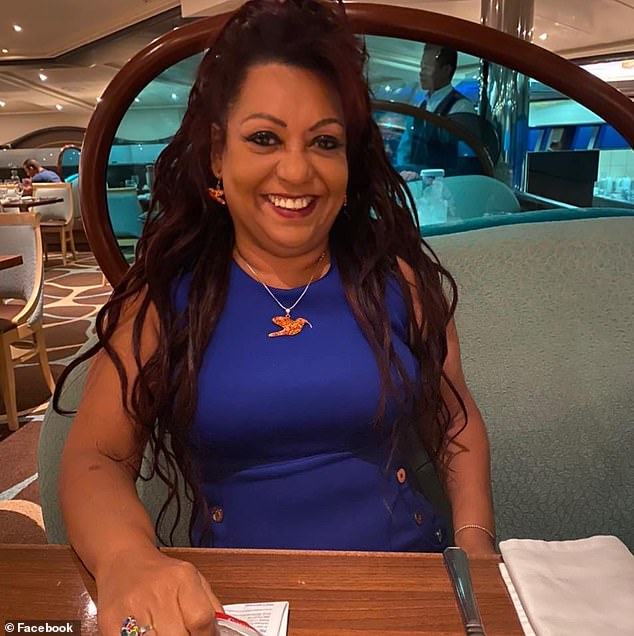 Clara Paulino, 56, died of heat stroke inside her husband’s police Ford Explorer on August 21 outside their home in Miami Shores, Florida. Her death has been ruled an accident 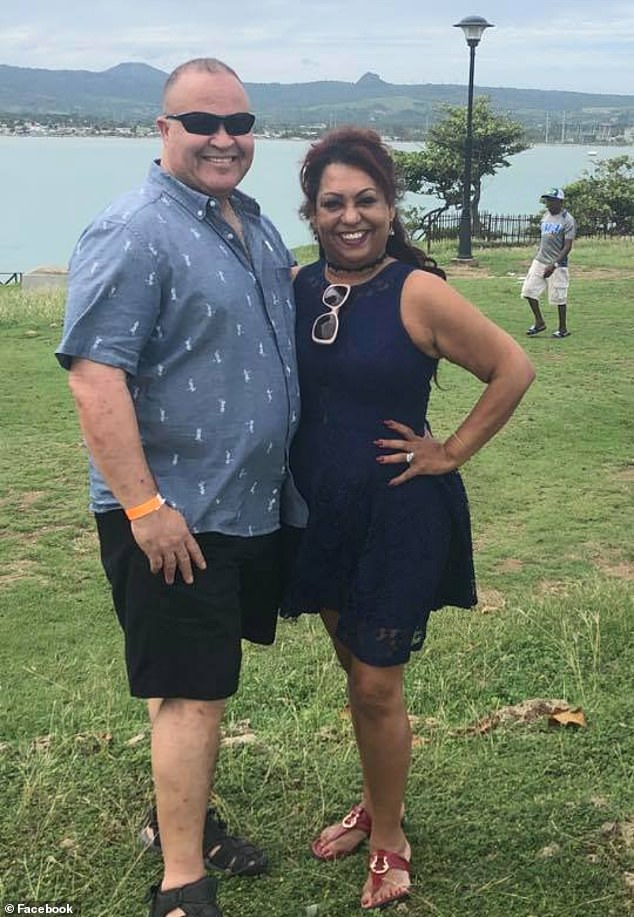 Clara’s fingerprints were found all over the interior of officer Aristides Paulino’s Ford Explorer following the horrific incident. Her husband was asleep inside their home at the time after his midnight shift. She is seen in a picture from her Facebook account 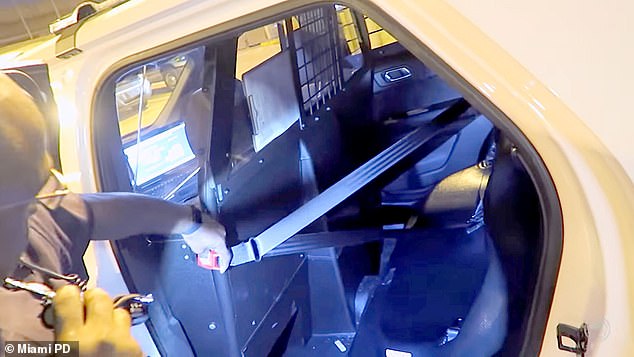 The woman went to her death when she climbed into the back seat of the vehicle looking for something around 1pm and got trapped inside by the door’s latching mechanism, which prevents it from being opened from the inside where suspects usually sit.

Paulino didn’t have her cellphone and the safety partition in the vehicle prevented her from reaching over the front seat to honk the horn for help.

‘It’s literally a cage,’ one Miami cop said of the vehicle’s rear seat.

The Miami police cars have cages that separate the back seat from the front seat, have bars on the windows and can only be opened from the outside.

Aristides, 58, and the couple’s son found her body around 5.30pm – about four and a half-hours after she got trapped.

Her fingerprints were found all over the interior of the Ford Explorer following the horrific incident.

‘Clearly, she was panicked and trying to get out,’ a source told the Herald.

It’s not clear what she went into the SUV for.

Her husband left it unlocked in their driveway after he returned from work following a night shift and went straight to bed that Friday morning. 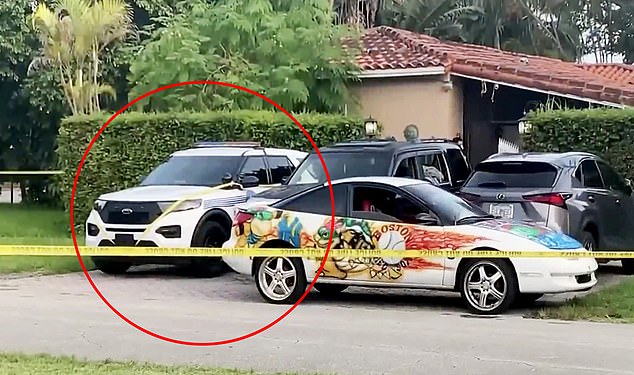 The wife of the Florida police officer died after she got trapped in the back seat of his work SUV for hours in sweltering 90-degree temperatures, officials say. The scene and the SUV (circled) is pictured 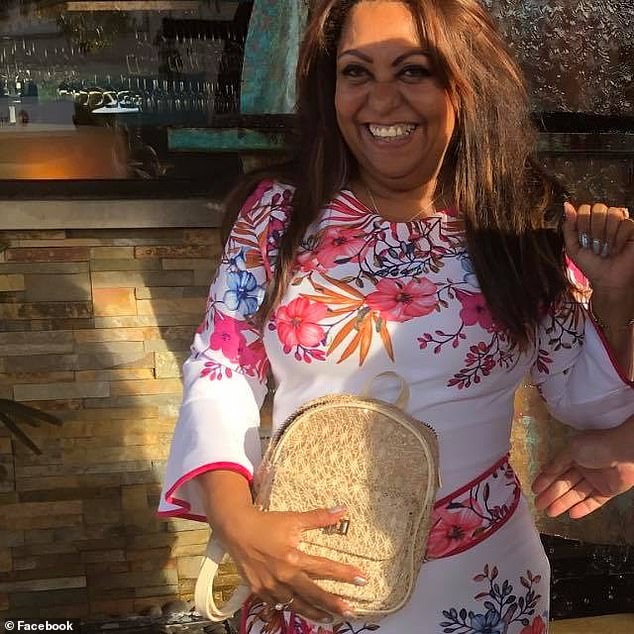 Clara (pictured) climbed into the back seat of the vehicle looking for something around 1pm and got trapped inside by the door’s latching mechanism, which prevents it from being opened from the inside

A police source previously told the Herald she had a history of medical problems that may have contributed to her death inside the vehicle.

Aristides and Clara had been married for 28 years.

In August their son Aristides Jr said to the Herald the family didn’t want to talk about her death.

‘She loved her family and her children and I believe it’s just an unfortunate situation.’

While hot-car deaths are not unusual, they’re more common among young children left in vehicles by a caretaker.