A couple are ‘delighted’ to welcome a pair of IVF twins who were conceived at the same time but born TWO YEARS apart from each other.

Karen, 33, and James Marks, 35, had their first child, Cameron, two years ago and have just had their second child, Isabella.

The two youngsters are considered twins as they were conceived on the same day, at the same time through IVF, from the same batch of embryos.

Karen, from Taunton, Somerset, gave birth to Cameron on September 1, 2018. 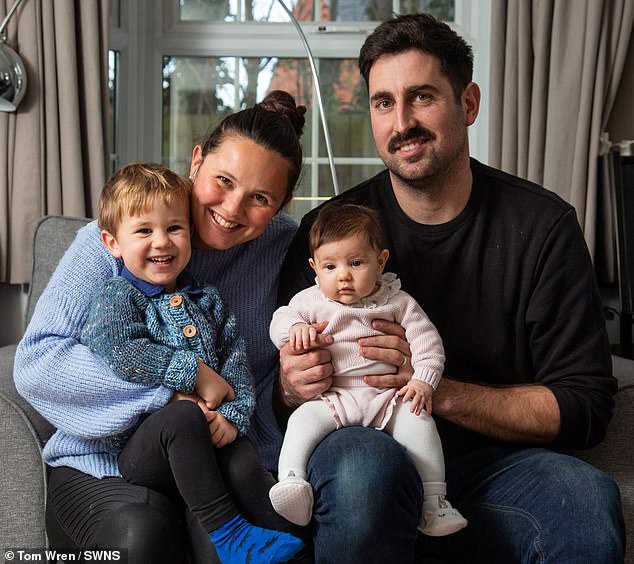 Karen, 33, and James Marks, 35, had their first child, Cameron, two years ago and have just had their second child, Isabella (pictured)

They then kept the viable embryos frozen so they could add to their family later, and Isabella was born on September 15, this year.

Karen said: ‘We are delighted to have a boy and a girl, although any healthy baby would have been wonderful for us. It means the world to us.

‘Some days I think after all the years of trying that I must be dreaming, this can’t be my reality that not only do I have one beautiful baby, but two.

‘We have our wonderful son, but I’ve never wanted him to be an only child. 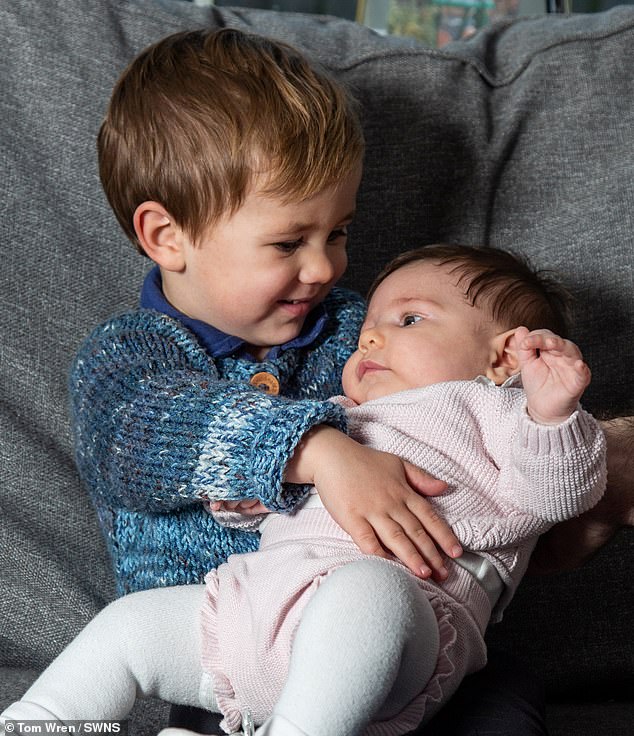 The two youngsters are considered twins as they were conceived on the same day, at the same time through IVF, from the same batch of embryos

‘Cameron absolutely adores her. He’s a super proud big brother and is always asking for cuddles.’

Karen was given funding for one round of IVF on the NHS in 2017 at the Bristol Centre for Reproductive Medicine.

Karen and James’s journey may not end with Isabella as they have two remaining frozen embryos at BCRM. 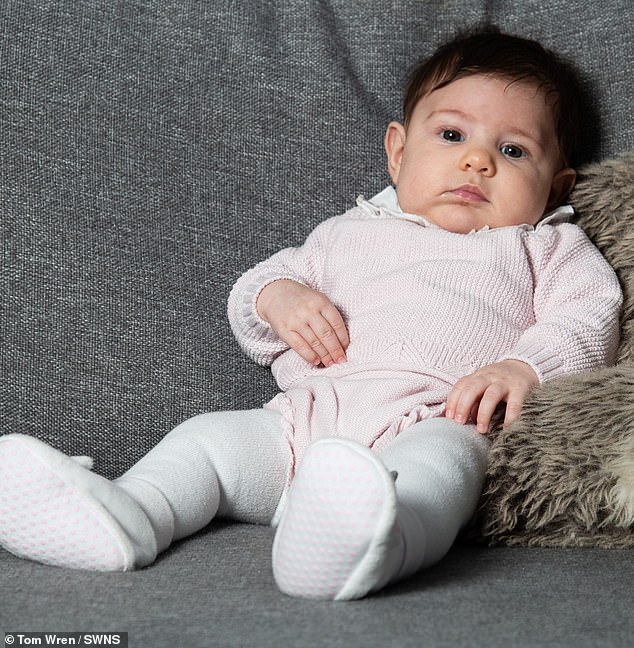 The couple, who married in 2014, feared they might never have a child of their own after Karen failed to get pregnant and was diagnosed with fertility issues.

Karen said: ‘We tried for a year to conceive naturally and nothing happened, so we went to the GP and they ran some tests.

‘There’s no specific reason, I don’t ovulate regularly so that’s the main thing, but other than that there’s no reason – we don’t have any conditions.’ 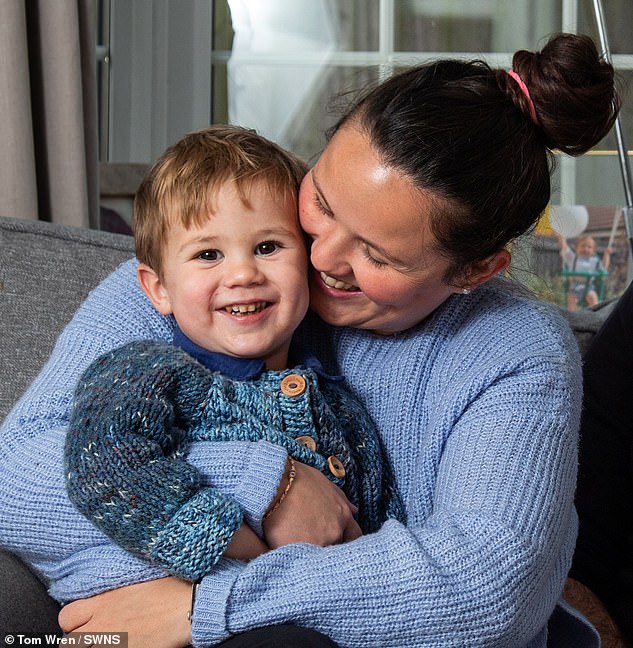 Karen, from Taunton, Somerset, gave birth to Cameron (pictured together) on September 1, 2018, and still has two remaining embryos frozen at Bristol Centre for Reproductive Medicine

She added: ‘We had five embryos made up. We’ve lost one – I miscarried one last year. We’ve got twins. I will try and have the other two so they could be quadruplets.

‘It feels pretty crazy to have twins born two years apart. It’s weird – lots of people have said they didn’t realise they were twins. It’s bonkers.’

The mother-of-two said that the babies are ‘not identical twins’ but Isabella’s embryo split so she could have been.

Karen said: ‘Infertility never leaves you. Pregnancy announcements can still be painful, especially when someone has seemingly conceived easily.

‘If you’ve exhausted all other options, then crack on and go for it. IVF is fine. Don’t put it off or avoid it. It’s the most likely fertility treatment to work, and it did for us.’