Twelve baby ducklings have been safely returned to their home after rail staff spotted them crossing over tracks at a busy train station.

The dozen ducklings were spotted walking along the tracks at Cheltenham Station, in Melbourne, on Saturday afternoon.

The ducklings were following their mother duck, oblivious to the danger they were in. 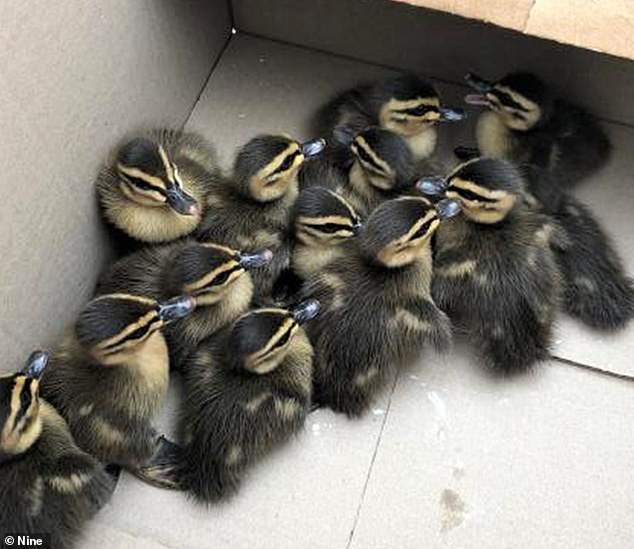 They armed themselves with cardboard boxes and ushered the ducklings into the improvised nest.

The ducks were eventually handed over to wildlife carers before they were released back to their home.

The train station is located across the road from the Cheltenham Park Reserve and Playground, which is home to local wildlife.

Photos of the rescue were posted to social media and immediately captured the hearts of animal lovers who praised the rail staff.

‘Well done for saving the duckies,’ one person said. ‘Good Karma points for everyone involved.’

Another one added: ‘The cutest thing.’ 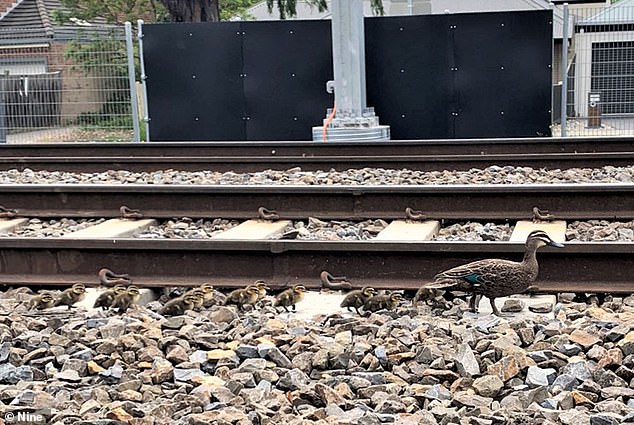 The ducklings were following their mother duck, oblivious to the danger they were in