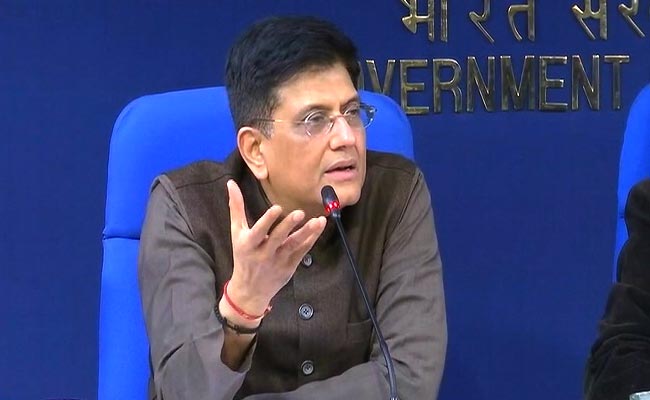 The government is the open to raising duties on auto imports In a phased manner In a bid to boost domestic production, Commerce Minister Piyush Goyal said on Friday, as the country’s car industry set a target to halve imports of components within five years. The commerce minister said raising duties was “not a bad idea” to discourage automakers from importing car kits, comprised of partially or completely knocked down vehicles, and using India only as an assembly base to get market share there.

“We may look at something like a phased manufacturing plan. I will be open to suggestions,” he said during an event organised by the Society of Indian Automobile Manufacturers (SIAM).

The country’s auto sector imports $13.7 billion worth of components annually.

Pawan Goenka, managing director of Mahindra & Mahindra, one of the country’s biggest automakers, told the same event that SIAM and the Auto Component Manufacturers Association of India had agreed to set a target reduce the total value of imported components by half In the next four to five years.

The focus will be to reduce imports of electronic auto components, which are sourced mainly from China and other Asian countries, as well as steel, Mr Goenka said, adding these two together account for around $5 billion of total auto parts imports.

The country’s auto sector, which was already reeling from a slowdown In demand last year, has been further hit by the pandemic and carmakers are seeking government support to push sales.

Automakers want the government to defer the introduction of stricter fuel efficiency and emission norms and are seeking a temporary 10 per cent cut In taxes on vehicles.

Heavy Industries Minister Prakash Javadekar told the event that while the government may not agree immediately to a tax cut he would take up the request with other ministers. He also reiterated that a long-due vehicle scrappage policy would be out “very soon”.