A California county with a population of 177,000 and the highest rate of new coronavirus infections in the state is facing lockdown after health officials reported that 274 students at a supernatural ministry tested positive for COVID-19 as a leader affiliated with the school and a megachurch called masks ‘worthless’.

In a now-deleted video shared on Instagram, Beni Johnson, an evangelical church leader, claimed that face masks are ‘worthless’.

Johnson, who is a high-ranking official at the Bethel Church in Redding, California, says she was visiting ‘a cute little town over on the coast’ and standing in line to buy some food without wearing a mask.

‘There is way too much security in a freaking mask that doesn’t even work,’ Johnson says in the video.

She said people in the line moved away from her and when she got to the counter to order, she was told she had to wear a mask, even though she had pulled her sweatshirt over her mouth.

‘If you’ll do scientific research these masks are worthless,’ she said, adding that she had planned to shop in the town.

‘But now we won’t be shopping and giving them any money because you have to wear a stupid freaking mask that doesn’t work.’

Erik Withers, 29, who lives in Redding, told the Daily Beast: ‘We are now just days away from going into a lockdown, all thanks to Bethel, Sean Feucht, and their careless activities.’

Feucht is also affiliated with the Bethel Church in Redding. Bethel Church is a megachurch with about 11,000 members, which represents about 10 per cent of the population of Redding, according to the Redding Record Searchlight.

Bethel Church is located in Redding, a city at the epicenter of a county-wide spike in coronavirus cases.

The college affiliated with the church has reported nearly 300 cases that have helped drive a spike in the county.

‘I would really encourage people not to pay attention to that misinformation,’ county health officer Karen Ramstrom said during an online briefing Wednesday.

‘There is only growing evidence around the benefits of face coverings and mask use to mitigate the spread of this virus.’

Shasta County officials say 274 recent cases in the county were tied to the Bethel School of Supernatural Ministry.

That number includes 137 cases reported last week. Overall, the county has reported more than 700 cases in the past two weeks, bringing the total since March to 1,623, officials said Wednesday.

Ramstrom said the outbreak at the school is similar to those at colleges around the country and appeared to stem from students socializing and living in close quarters in off-campus housing.

She said the school had implemented numerous measures to help curb the spread of infection, but Johnson’s comments were counterproductive.

‘It’s disconcerting to see leadership in any role disavowing the basic public health tenets of distancing and masking,’ he said.

‘It’s infuriating particularly for those working in the health care side of things (who are) dealing with the repercussions of people failing to do this.’

Shasta County currently has the highest rate of new cases in any California county at 19 cases per day per 100,000 people compared with 6.8 per 100,000 for the state overall.

Health officials have said the outbreak among students and staff at the Bethel school has been a driving factor in the county’s recent spike in COVID-19 cases that led state officials last week to restore more restrictions on restaurants, bars and other businesses there.

After the outbreak was first reported last week, the school said it took several measures to curb the spread of infection, including switching to online instruction and asking its 1,600-student body to self-quarantine. 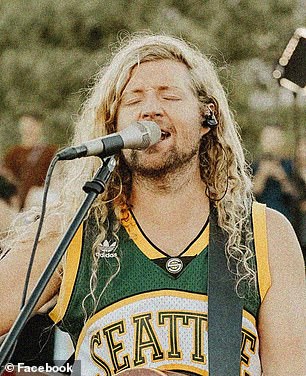 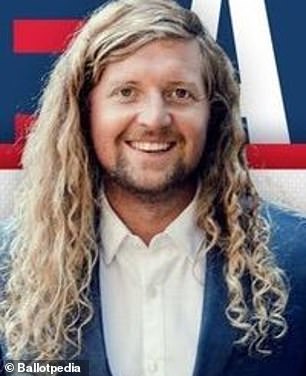 Sean Feucht (left and right), another pastor associated with Bethel Church, has been criticized for holding large rallies in California and across the US in defiance of local health orders 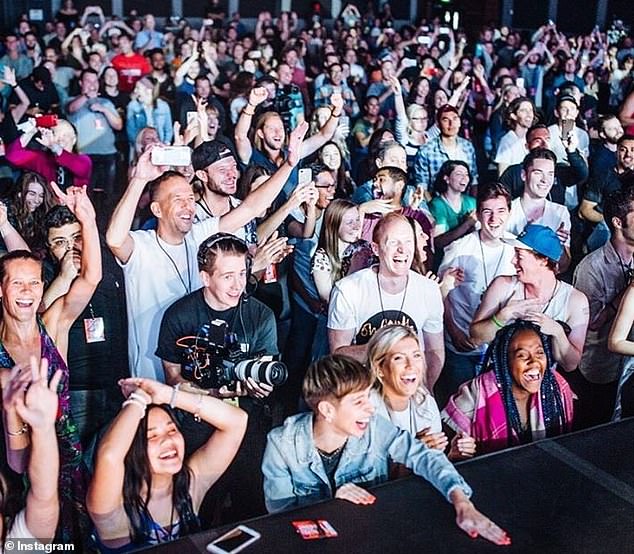 Health officials said that Feucht’s rallies (pictured) have drawn thousands of participants, most of whom don’t wear face masks or practice social distancing

The school said that it required face coverings and social distancing all the time, with daily temperature checks taken when people enter the school.

In a brief statement Wednesday about Johnson’s comments, Bethel Communications Director Aaron Tesauro said: ‘We believe in diversity of opinion and thought.’

Asked if Johnson’s comments reflected the views of the church, Tesauro referred to a line in the statement that said: ‘Our collective statements and actions reflect the final decisions of our full leadership team.’ He did not elaborate.

Johnson and her husband, Bill, are both pastors who hold the titles of Senior Leader at Bethel Church, an evangelical megachurch known for its belief in faith healing and laying of hands.

Feucht, another pastor associated with Bethel Church, has been criticized for holding large rallies in California and across the US in defiance of local health orders that have drawn thousands of participants, most of whom don’t wear face masks or practice social distancing.

Thousands turned out for a rally he organized at the city’s famed Sundial Bridge in July.

Bill Johnson is the co-founder of the Bethel School of Supernatural Ministry.

On its website, the school describes itself as ‘a ministry training center’ that is not an accredited university ‘where our students embrace their royal identity, learn the values of the kingdom, and walk in the authority and power of the King’.

The Bethel Church has not held its outdoor ball field church services since September 27. A date for future services has not been set.