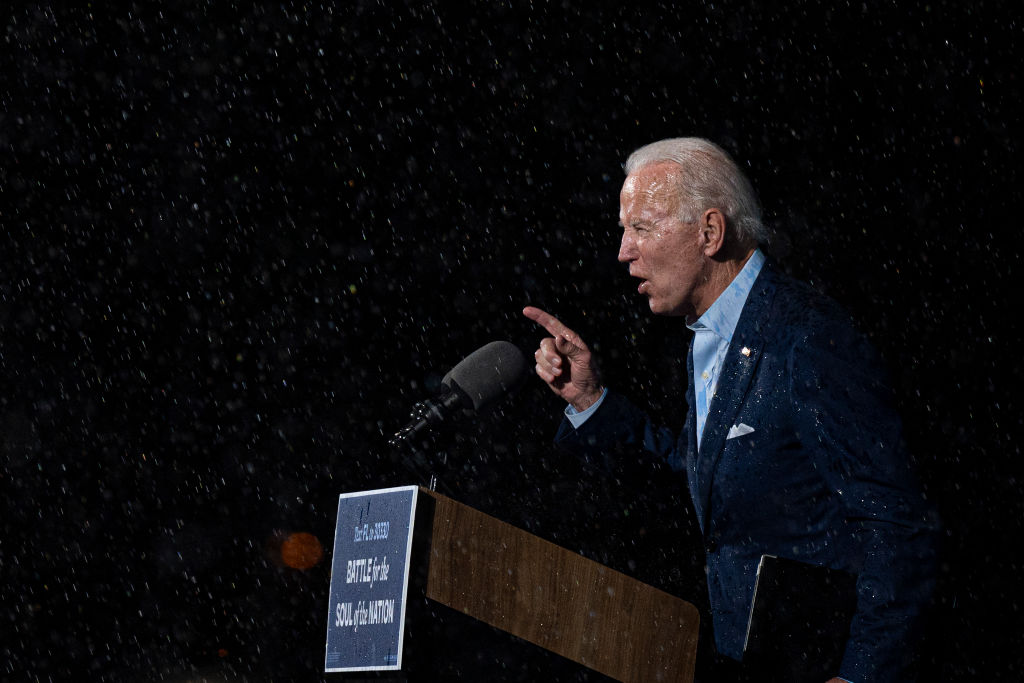 Democratic presidential candidate Joe Biden delivered a fiery speech in Tampa, Florida Thursday evening, wrapping up his remarks as rain poured down, slamming his incumbent rival President Donald Trump for continuing to hold “superspreader events” that were spreading not just the coronavirus, but also “division and discord.”

Biden was louder and feistier than his customary tone, making an earnest pitch to voters during the final days of the campaign in perhaps the most important swing state in the nation.

A key focus of Biden’s speech was the Covid-19 pandemic.

“Donald Trump has given up,” said Biden, criticizing White House Chief of Staff Mark Meadows for his recent remarks that “we’re not going to control the pandemic,” saying about the president: “It’s obvious he’s not.”

He also slammed Trump’s own comments at their last debate falsely claiming that we were “rounding the corner” on the pandemic, noting that more than 225,000 Americans — and more than 16,000 Floridians — have died from Covid-19, so far.

Biden also took issue with Trump’s comments that the pandemic was “going away” and “we’re learning to live with it.”

“Remember what I told him? He’s asking us to learn to die with it, that’s what happening,” Biden pointed out. “Donald Trump has waved the white flag, abandoned our families, and surrendered to this virus.”

“We need a president who will bring us together — not pull us apart,” continued Biden, as he laid out some of the elements of the pandemic plan he announced in a speech last Friday, including encouraging more widespread use of face masks, which he described as “not a political statement,” but “a patriotic duty, for God’s sake.”

Biden also addressed economic issues, with a sharp critique for his opponent:

Biden cut his remarks shorter than the speech he had delivered in Broward County earlier Thursday, as storm clouds approached.

The final moments of his speech were delivered as rain poured down, visibly soaking his navy suit jacket.

“I’m running as a proud Democrat, but — guess what? It’s starting to rain, I’m going to shorten this for y’all,” Biden said, pledging to be a president not for the “Red States or Blue States” but the “United States.”

Biden encouraged his supporters to get out and vote early, citing President John F. Kennedy’s speech about promising to send Americans to the moon, that he “refused to postpone” the mission.

“Let’s not postpone, and get out of the rain,” concluded Biden. “God bless you all! Thank you!”

Watch the speech above, via YouTube (Biden’s remarks begin around the 10:30 mark).