Bernie Sanders claims there are a ‘number of plans’ in place to make sure Trump leaves office if he loses the election…. but refuses to say what any of them are

By Harriet Alexander For Dailymail.com

Bernie Sanders has claimed that a ‘number of plans’ are in place in case Donald Trump loses next month’s election and refuses to leave the White House – but would not expand on what they were.

Sanders, who challenged Joe Biden for the Democrat candidacy, dropping out in April, appeared on Bill Maher’s show on Friday night.

The Vermont senator was asked about Trump’s repeated refusal to promise to accept the result of the November vote.

‘If Trump attempts to stay in office after losing, there will be a number of plans out there for make sure he is evicted from office,’ Sanders said. 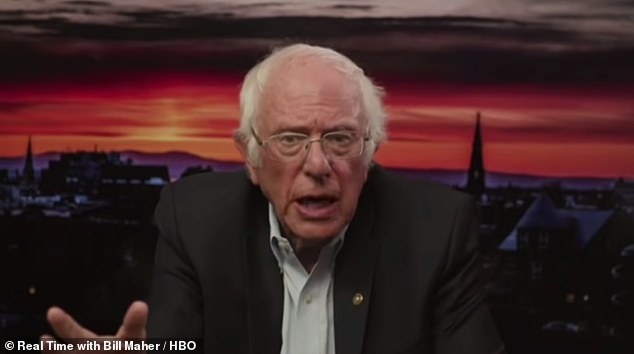 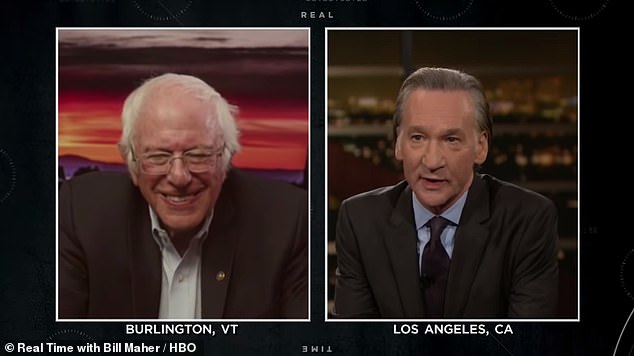 Sanders ignored him, and said: ‘Right now, and for the next five weeks, our job is to defeat him, and defeat him badly.’

Sanders said that ‘it was more than a wish’ to get him out.

On Thursday night Sanders spoke at George Washington University, and warned that the country was at a perilous moment in history.

Sanders told Maher that he was shocked and saddened that he needed to spell out what was at stake.

‘Never in a million years did I think I’d have to give a speech about what do we do if a president refuses to leave office,’ Sanders told Maher.

‘Listen to what Trump is saying. Don’t brush it off.’ 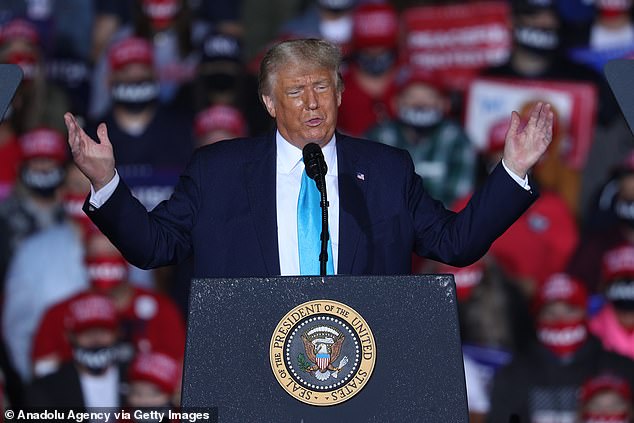 Earlier on Friday evening, Trump was asked again about the possibility of losing to Biden, and insisted he didn’t ‘want to be cheated’ or ‘stupid’.

Raising once again the specter of voting fraud, he said: That’s the only way we’re gonna lose is if there’s, uh, mischief — mischief, and it’ll have to be on a big scale. So be careful.

‘And we do want a very friendly transition. But we don’t want to be cheated, and be stupid.’

On Saturday he added: ‘This whole thing – I’ve been telling you, this whole ballot scam is going to cause a lot of problems for our country.

‘I want to see a very peaceful transition, but it’s got to be a legal process.’