A man from northern Tasmania claims to have photos of a family of three Tasmanian Tigers, which are believed to be extinct, but experts have quickly disagreed.

Neil Waters, a known Tasmanian Tiger hunter from the Thylacine Awareness Group of Australia, posted a video on Monday describing three animals seen in new photos that he says are elusive marsupials.

Mr Waters was so confident that he sent the photos to the Tasmanian Museum and Art Gallery for assessment and said he expected it to agree and help reclassify the  breed as critically endangered rather than extinct. 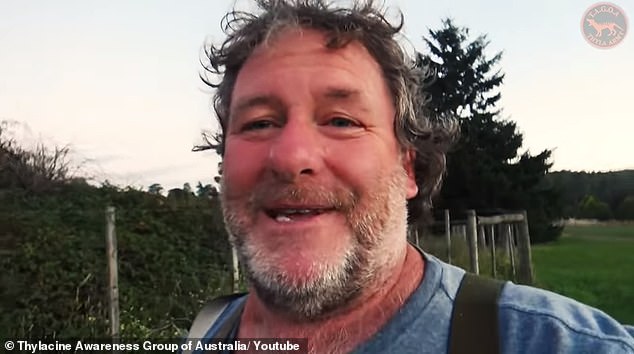 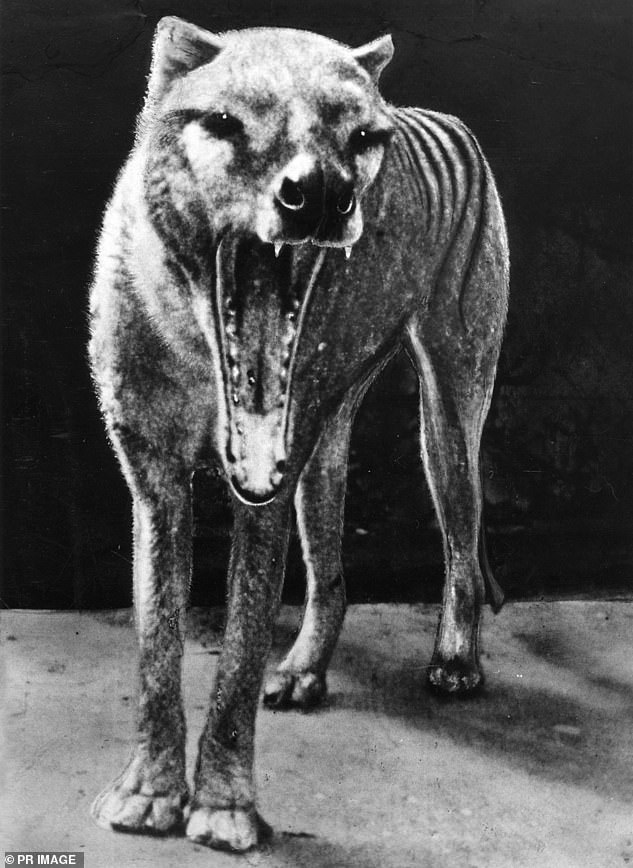 Mr Waters uses hi-tech equipment he deployed in a remote part of Tasmania’s North-East and is prepared to camp in the bush for a couple of years to find proof of the animal, shown here in a historical photo

‘We know there’s at least three wandering around north-eastern Tasmania with the intention of continuing to do so, so congratulations everyone, we’ve done it, cheers!’ Mr Waters said in the clip.

But the expert Mr Waters entrusted his photos to, Nick Mooney, Honorary Curator of Vertebrate Zoology at the Tasmanian Museum and Art Gallery in Hobart, quickly poured water on the claims.

‘Nick Mooney has concluded, that based on the physical characteristics shown in the photos provided by Mr Waters, the animals are very unlikely to be thylacines, and are most likely Tasmanian pademelons,’ a statement sent to Daily Mail Australia said.

Pademelons are a type of wallaby and were believed to have been part of the diet of Tasmanian Tigers.

‘TMAG regularly receives requests for verification from members of the public who hope that the thylacine is still with us,’ the statement continued.

‘However, sadly, there have been no confirmed sightings documented of the thylacine since 1936.’

Mr Waters, who maintains around 60 cameras in the bush hoping to capture evidence of Tasmanian Tigers, explained how he came across the photos.

‘When I was checking the SD cards I found some photos that were pretty damn good,’ he said in his video.

‘I know what they are and so do a few independent expert witnesses, expert canine judges, feline judges and a vet so far have seen it.’ 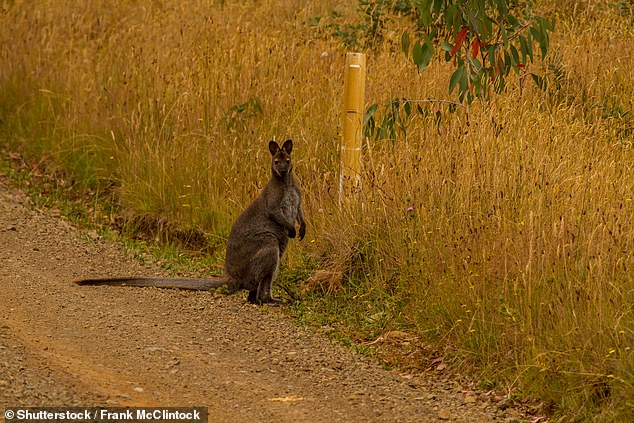 A Tasmanian Pademelon, which is a type of wallaby, and believed to have been part of the diet of Tasmanian Tigers 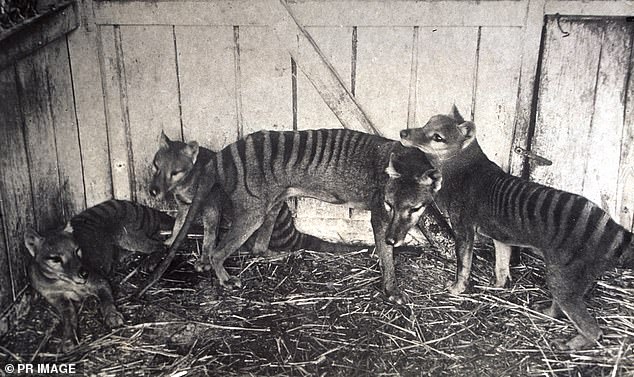 He admitted two of the animals in the set of images – which he planned to release publicly on March 1 – ‘are ambiguous – but not the baby’.

‘The baby is not ambiguous. The baby has stripes, a stiff tail, the hock, the coarse hair, it’s the right colour, it’s a quadruped, stocky, and its got the right shaped ears.’

‘So not only do we have a family walking through the busy we have proof of breeding. It puts our thylacine in a much stronger position than its been in for the last 30 something years.’

Thylacines aka Tasmanian Tigers were officially declared extinct in Tasmania in 1986. The last one held in captivity died in 1936 at Hobart Zoo but it is believed to have survived in the wild until the 1960s.

There have been many unconfirmed sightings since, including by Mr Waters.

Mr Waters claims to have seen a thylacine in Tasmania in 2010 and again in 2014 then he formed the Thylacine Awareness Group.

On the Strangest Things podcast, released in January 2021, Mr Waters said there had been ‘thousands’ of sightings and he believed ‘it’s just a question of when, not if’ it is proven the marsupial still lives.

He said there is ‘unofficial word’ there could be up to 100 breeding pairs of tigers in the wild and he was prepared to camp in the bush until he found proof.