A holiday-maker became seriously ill after getting a tick bite while camping – prompting authorities to warn Australians to watch out for the harmful parasite this summer.

Maria Messmer was bitten by the tick behind her ear while on a trip to Lake Tinaroo west of Cairns in far north Queensland in August.

Two weeks later she was so sick with a fever and a crushing headache she couldn’t move.

She was taken to an emergency department where doctors were baffled by her mystery sickness. 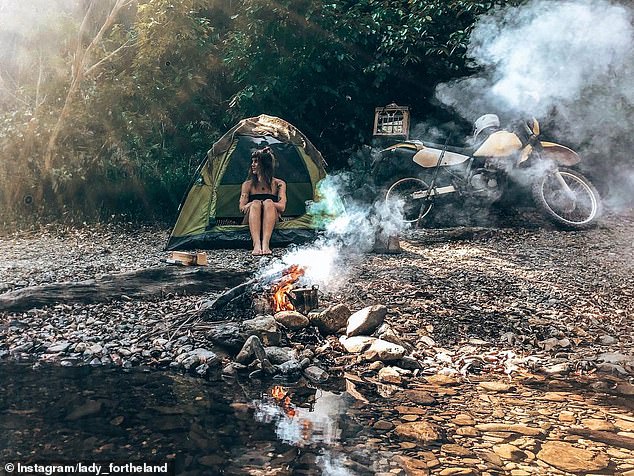 ‘I never realised just how sick humans can get from a tick bite,’ she told The Cairns Post.

‘All my levels were all over the place, my liver wasn’t happy and I had fluid on the lungs.

‘Deranged’ was the word they used for my results.’

Ms Messmer initially thought she may have contracted COVID-19 but a negative test prompted authorities to keep digging.

She was transferred to a hospital ward and it was later confirmed she had contracted Q-Fever – an illness normally associated with livestock.

Doctors believe the tick had been carrying the disease after catching it from a macropod like a wallaby or a bandicoot in the campsite. 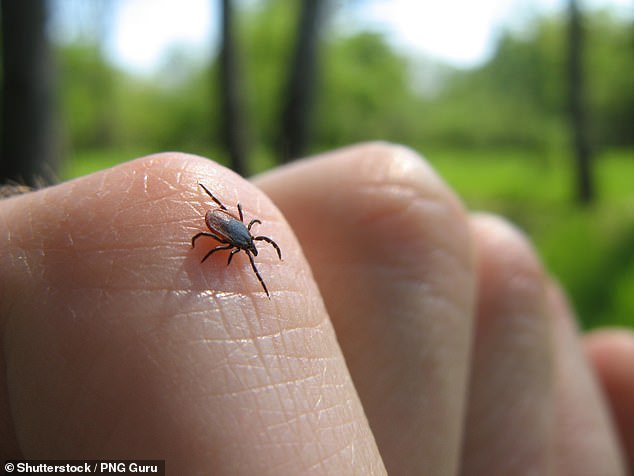 October to December is the busiest time of year for health authorities dealing with tick-related injuries in Queensland (pictured:a stock image of a tick on someone’s hand)

She was on antibiotics for two weeks after leaving the hospital and will need to undergo regular blood tests to check her liver and heart function.

Her diagnosis has prompted a warning from health authorities for outdoor enthusiasts to stay vigilant ahead of a horror tick season this summer.

October to December is the busiest time of year for health authorities dealing with tick-related injuries in Queensland.

Last year 330 people were treated across the state’s emergency departments after coming into contact with a tick.

‘You may not feel a tick until a couple of days later, so it’s really important to check yourself, ‘ Dr Mackie told ABC News. 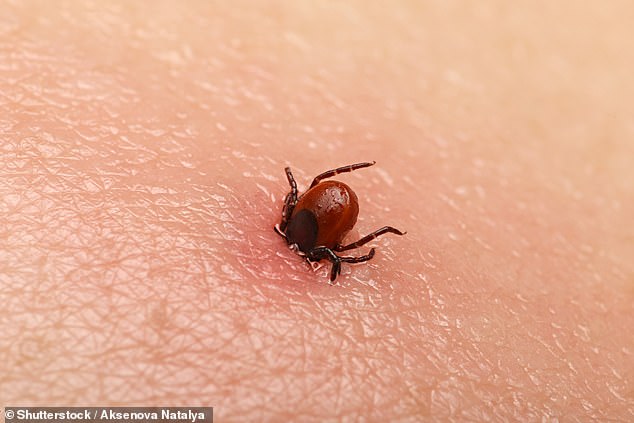 Health authorities are warning outdoor enthusiasts to stay vigilant ahead of a horror tick season this summer (pictured: stock image of a tick burrowing into someone’s skin)

‘Ticks like warm areas of the body and are often found at the back of the head and neck, groin, armpits, and backs of knees.’

He said while tick bites can be harmless they can cause an allergic reaction or spread other viruses like the case of Ms Messner.

But he said her case was the first instance he had encountered of someone contracting Q-fever from a tick bite.

Experts suggest using a cold spay or permethrin cream to release the tick rather than trying to remove the insect on its own.

HOW TO REMOVE A TICK

1. The tick should be removed but must not be squeezed or agitated.

2. Do not use tweezers of twist the tick.

3. Use an ether-containing product like Wart-Off Freeze, Elastoplast Cold Spray or Aerostart to spray the tick and wait for it to drop off, or

4. Apply a topical scabicide lotion and wait for it to drop off.

5. If you experience an allergic reaction, urgently present to an emergency department.