Aston Villa were denied the chance to poach a late equaliser in their defeat to Brighton after a last-gasp penalty decision was controversially overturned.

The hosts were trailing inside second half stoppage time, but appeared to have been handed a golden chance to grab a point when Solly March was penalised for catching Trezeguet inside the box.

Referee Michael Oliver was advised to check the incident over using his VAR screen, however, and promptly chalked off the spot kick. 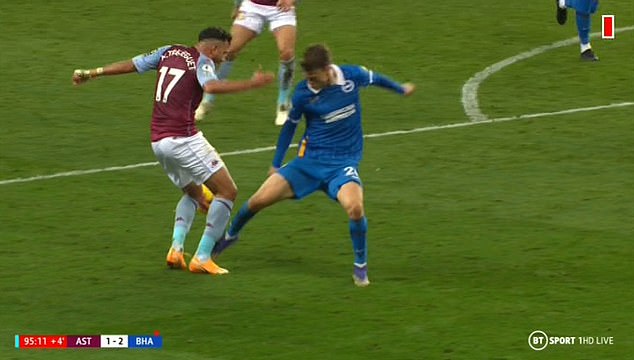 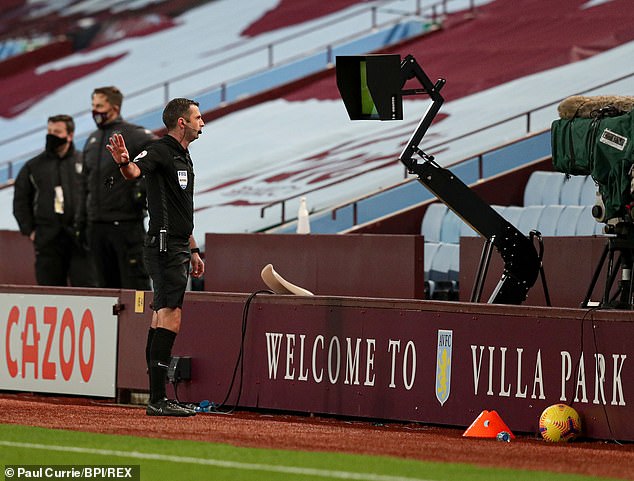 The correct decision or has Solly March got away with one here? 🤔 pic.twitter.com/CyCipGkKND

Replays of the incident appeared to show March edging the ball away from the Villa forward before making clear contact with Trezeguet’s shin.

And with March deemed to have made contact with the ball first, the penalty decision was scrapped.

Brighton were able to cling on and take all three points at Villa Park, their first ever triumph at the Midlands ground.

Danny Welbeck netted the opener after a superb 40-yard dash. Pascal Gross and Adam Lallana combined, with the latter playing the striker through inside his own half. 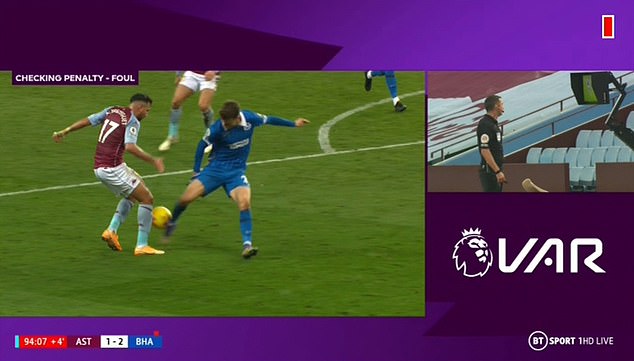 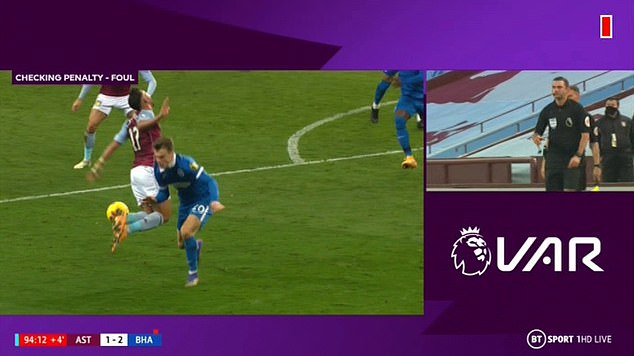 March’s blushes were soon spared, however, with the official deciding to rescind his decision

The former Arsenal man kept his composure to loft a deft finish over the onrushing Emiliano Martinez.

Villa then pegged back the hosts on 47 minutes through Ezri Konsa. The central defender connected with Bertrand Traore’s devilish free kick on the stretch and diverted into the net.

March, who saw his blushes spared after the late drama at the other end, dispatched a wonderful, curling effort into the top corner to restore Brighton’s narrow lead.

Wonderkid Tariq Lamptey, who has caught the eye this season following his move from Chelsea, was dismissed for two bookable offences to mar Brighton’s success.