A New Hampshire police chief; a Philadelphia detective; two Seattle Police Department officers who traveled cross-country, to name just a few. In the aftermath of the historic insurrection that took place in Washington D.C. last week, which left five people—including a Capitol police officer—dead, police departments across the U.S. have begun reckoning with the likelihood that their sworn-in officers participated in the rallies and rioting.

According to a tracker on The Appeal, as of Jan. 14 a total of 28 law enforcement officers or officials are suspected of participating in President Trump’s Jan. 6 rally, and/or joining the crowds storming the U.S. Capitol later that day.

“[One guy] pulled out his badge and he said, ‘We’re doing this for you,’” one Capitol police officer told BuzzFeed News of encountering law enforcement-affiliated rioters. “Another guy had his badge. So I was like, ‘Well, you gotta be kidding.’”

“From my perspective, any police officer sworn to protect the constitution and the rule of law [who is] found to have engaged in the attack on the Capitol will be facing some very severe sanctions,” Houston Police Chief Art Acevedo tells TIME. “To think that there were police officers who participated in this plot against our country and this attack against our country, it’s heart-wrenching. It’s a fireable offense.”

“The nature of the threat is unprecedented. The threat is not just to the capitol or to the inauguration. The threat is to the government itself,” Chief Acevedo added of a recent warning from the FBI that further violent protests are also expected in D.C.—and across the U.S.—in the run-up to Joe Biden’s inauguration.

A day after Acevedo spoke with TIME, a Houston Police Department officer was identified among those entering the Capitol during the riots. He is expected to face federal charges and has resigned from duty.

Read more: Security Officials Face the Possibility of a Threat from the Inside on Inauguration Day

Acevedo, who is President of the Major Cities Chiefs Association, a national organization of law enforcement leaders, says that officers are allowed to exercise their First Amendment rights—and to protest in support of the president—but notes that there is “a very distinct line between first protected protests and violence.”

“There’s First Amendment rights but anyone that was actually inside the Capitol… that’s enough for termination,” adds Lynda Garcia, director of the policing program at The Leadership Conference on Civil and Human Rights. Garcia says she was “surprised” to see “law enforcement officials turn on their own and engage in an act of insurrection.”

Internal investigations are underway in police departments in New York, Pennsylvania, Maryland, North Carolina and Washington; members of the Capitol police department have been suspended amid investigation into conduct “that appear to be in violation of Department regulations and policies.” The FBI is also reportedly also involved in at least three investigations involving the Houston Police Department, the Los Angeles Police Department and the Bexar County Sheriff’s office in Texas. Two police officers from the Rocky Mount, Virginia police department have been charged with misdemeanors by federal authorities after being inside the Capitol during the riots. Those officers are currently “on leave.”

And as more rioters are identified on social media—in many cases due to social media updates they’d themselves shared from D.C. on Jan. 6— public calls for officers to be fired or held accountable for their alleged involvement are growing. Five public defenders in Kentucky are calling for an investigation into a Franklin County Sheriff’s deputy who posted on Facebook about how “epic” the day was going to be, for example. The deputy’s Facebook page has since been deleted. 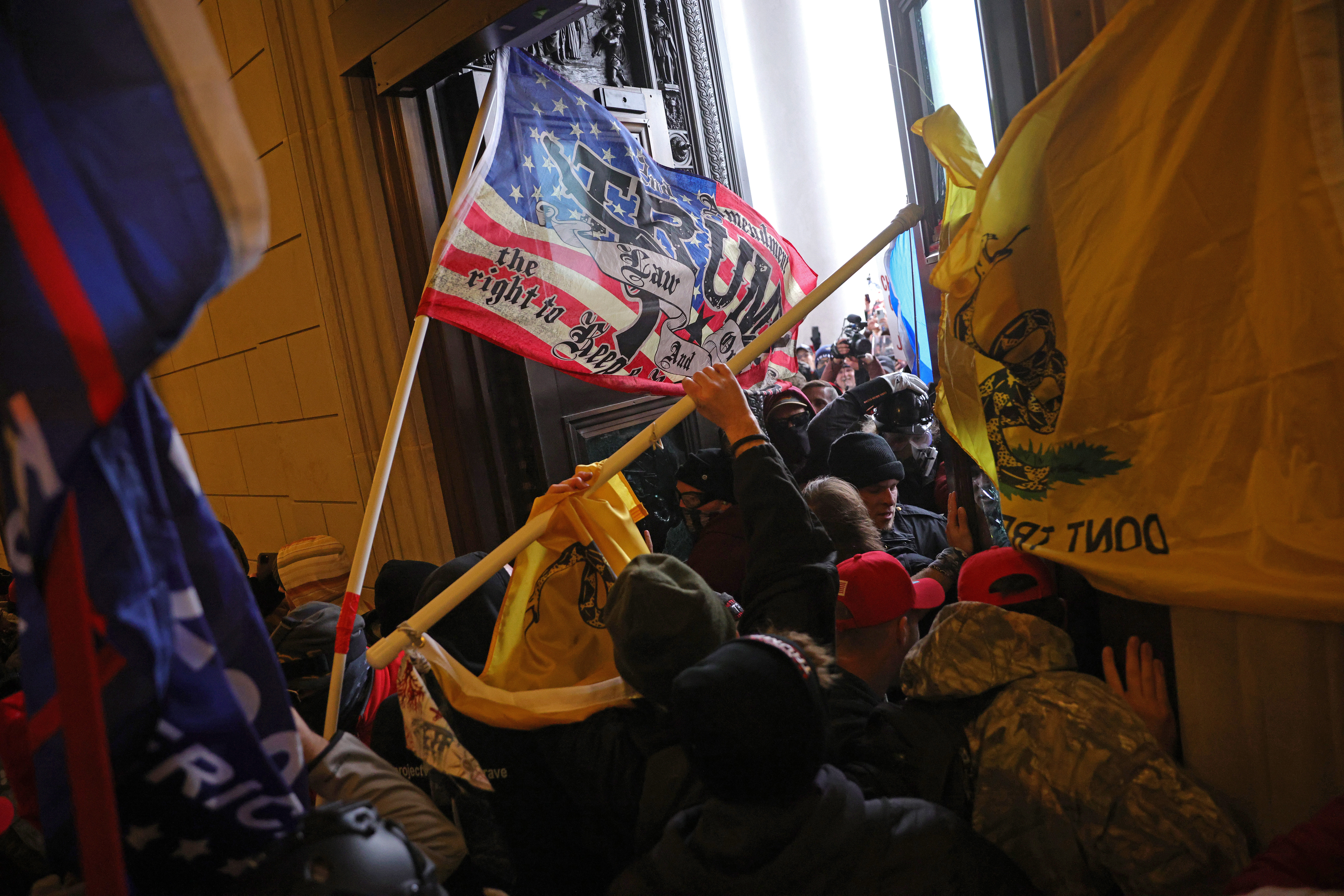 Beyond those in attendance, multiple reports have highlighted law enforcement officials’ using social media or otherwise speaking out to express support for those who rallied and rioted. John Catanzara, President of Chicago’s Fraternal Order of Police Lodge, said he understood the participants’ frustrations. “There was no arson, there was no burning of anything, there was no looting, there was very little destruction of property,” Catanzara told WBEZ in an interview on Jan. 7. “It was a bunch of pissed-off people that feel an election was stolen, somehow, some way.”

Subsequent reports have revealed that the damage to the Capitol, which included instances of looting and vandalism, was far more extensive—as was the planning of many involved.

“If the worst crime here is trespassing, so be it,” Catanzara continued, saying that he believes the rioters were “entitled to voice their frustration” and get to do what they want.”

Read more: ‘White Supremacy in Action.’ Activists Who Protested at the Capitol in the Past Slam Light Police Treatment of the Pro-Trump Mob

While it’s unclear what “sanctions” or consequences any police officers confirmed to have participated in the riots will face, there is an expectation that police unions will consider fighting attempts to charge or file any of their members. In recent years, police unions at the city, state and even national level have become more aligned with partisan causes and the divisive “law and order” rhetoric espoused by President Trump. The New York City Police Benevolent Association (NYC PBA) endorsed Trump for re-election in 2020, as did the largest national police union in the U.S., the Fraternal Order of Police.

Attempts made by TIME to contact union representatives for many of the police departments currently investigating officers—including the NYC PBA, the Seattle Police Officers Guild and the Houston Police Officers’ Union—were unsuccessful.

(Seattle Police Officers Guild president Mike Solan publicly laid some blame for the attack on the Capitol on on Black Lives Matter activists last week, leading to calls for him to step down.)

“I would caution these unions to remember that they exists to protect officer’s rights but primarily to protect them from misconduct or allegations when they’re working,” Chief Acevedo says. While asserting that many unions are “thoughtful and deliberative in their actions,” Acevedo cautions that they now must “be careful not to defend the indefensible.”